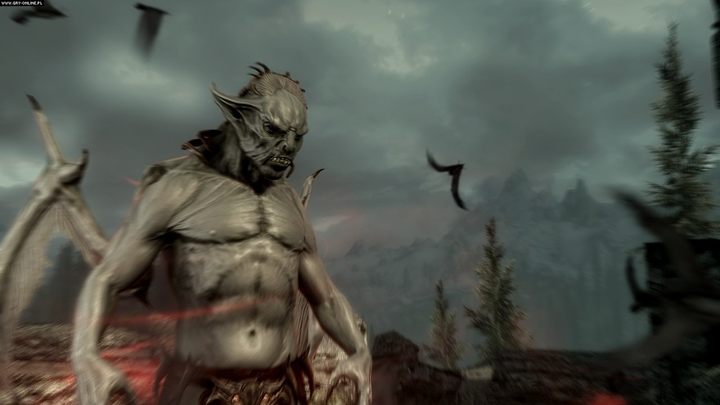 Skyrim is a sort of ultimate game. It's literally immortal, as confirmed by subsequent re-editions willingly released by Bethesda every few years. The main storyline revolves around dragons, but there's also a DLC called Dawnguard that introduces a story about vampires. It tells about the return of Lord Harkon, who tries to destroy the sun and bring eternal darkness to the world. As befits a hero of an epic adventure, we have to take a side in this conflict – as a vampire, or a vampire hunter. The main plot of the expansion pack is more interesting than what's proposed in the core version of the game. It just makes getting acquainted with the game more worth it.

This expansion develops nearly all elements of the core game. As a vampire hunter, we learn a new magical shout and gain access to new weapons, such as crossbows. Choosing to side with an ancient lord gives you the opportunity to transform into a vampire and, as a result, take advantage of a completely new skill tree. Werewolf is also a viable option, but it is already present in the core version of the game. The add-on also introduces the option of fighting from a mount and, of course, a number of new quests. In one of them, we visit the land of imprisoned souls.

It's also worth mentioning Serana – Harkon's daughter, whom we can gain as a companion during the adventure. In the original language version, she was voiced by the award-winning Laura Bailey, so even listening to her is a pleasure. But above all, it's a very well-made character. And if all this is not enough for you, there are also modifications developed by players. Starting with those that embellish the setting of Skyrim, and ending with those that significantly expand its content.