Not everyone plays games to wreak havoc and shoot everything that moves (I'm still looking forward to playing Doom!). Sometimes, we like to face a problem where we need to rack our brains a little, sneak through the shadows, and learn an interesting story along the way.

Enacting a nimble, elusive, undetectable figure is among the most satisfying experiences in gaming. It's just cool to be able to spare the enemy. Many modern productions are trying to present our opponents as... just people, who also have their own goals, morals and motives. Because today, the mechanics are trying to go hand in hand with the narrative to deliver as immersive an experience as possible, also by giving us a different type of power: stealth.

Let's trace back and see which games showed us that sneaking can be fun. 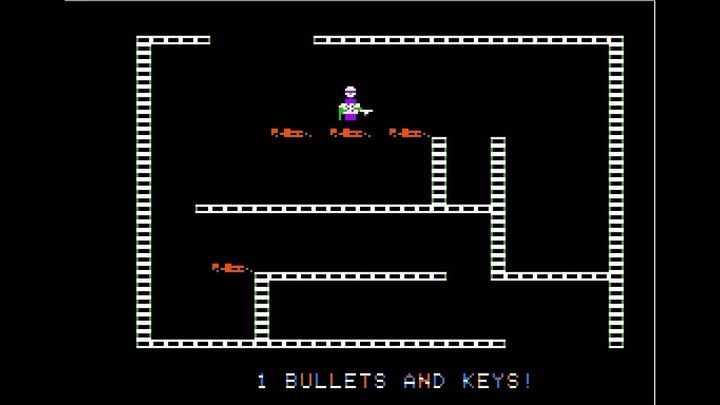 Contrary to popular belief, Metal Gear wasn't the first game to introduce sneaking past superior enemies and taking them down in a quiet way  the series by Kojima was just the first to do it really well, and with a cinematic knack, (even before the third dimension was introduced). Actually, Pacman could be considered a stealth game... Okay, maybe this is taking this thing too far, it may take us over the cliff of absurdity.

Castle Wolfenstein and Beyond Castle Wolfenstein are the real progenitors of the stealth genre. Over 30-year-old (which in this industry makes them ancient) "grandfathers" in which men of eight pixels criss-crossed the black screen. We start as an allied spy captured by the SS and thrown into the dungeons. There, he tries to survive and gets a gun from a dying cellmate. And then, we have to sneak up on the guards.

It was here that sentries patrolling the levels in predetermined patters first appeared. Part two, Beyond Castle Wolfenstein, introduced another important element that today's stealth games can't do without  the knife has finally become a tool for quiet elimination of enemies.