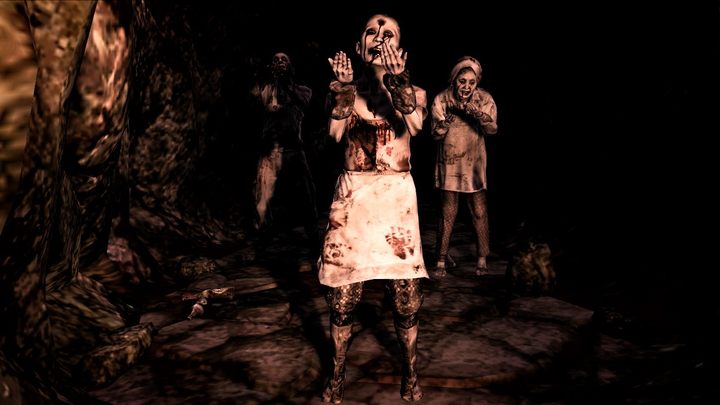 Keiichiro Toyama is a name that some players are well familiar with  those, who's psychology was shaken by Silent Hill. This Director, together with the SCE Japan Studio, also brought to existence a less famous, but equally interesting game, which also could cause sleep disorders. Siren.

The game was released in an era when zombies could still be considered scary. Or maybe it's just a peculiar skill of the Japanese that they can use even the most hackneyed theme and pass them as genuinely unsettling? Forbidden Siren (the full name by which this game is known in some regions) tells of a village, where a tragedy occurs during some ancient rite. Water turns the color of blood, and most of the inhabitants become zombies. The survivors are trying to survive and understand what happened.

The game came with a slew of major and minor novelties. We conducted a few characters towards the conclusion of the story. One of the abilities in the game allowed taking control of an enemy for a moment, and looking through their eyes. Siren was one of the first games to combine classic horror with  after all very apt in this genre  stealth elements so elegantly. Up until then, we rarely had been able to play a vulnerable civilian, rather than a pro killer, thief, or a commando.