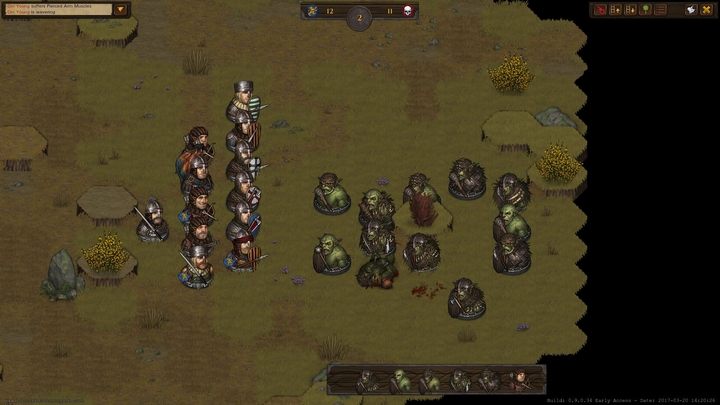 Battle Brothers is a tactical RPG in a fantasy setting that offers some outstanding and distinctive features. The creators have followed the example of such phenomenal gameplay models like those in Mount & Blade or XCOM series and prepared something that couldn't go wrong.

The action of the game takes place in a gritty, dark fantasy world, inspired by the European Middle Ages. This may seem not very unique or innovative, but you have to admit that in combination with a specific, rather gloomy visuals, it gives the game a somewhat heavy atmosphere. You play as a leader of a small mercenary company, who tries to survive and make a living in a quite unpleasant reality. As you travel from city to city, you get new quests and assignments, recruit new people, buy weapons and take part in battles.

In the game you can take part in complex turn-based tactical battles. Keep in mind that many factors may have a significant impact on their outcome. You have to properly use the potential of your soldiers, provide them with weapons appropriate to their skills. Also, you have to make an effective use of the landscape by selecting the right formations of your units.

The multitude of tactical possibilities offered by the game provides fun for many hours. Battle Brothers is also one of those titles that can generate stories in a fantastic way, in this case by presenting the successive adventures of our group of mercenaries. However, if you lack free time, please stay away from this game.