Published on PC, Kingdom and Castles is a real-time strategy focusing on aspects of economy and defence. The title is developed by Lion Shield  a studio set up by former employees of Maxis.

The action is embedded in a classic fantasy world. You assume the role of a manager of a small village. Your job is to transform it into a prosperous metropolis and, by the way, to build a castle able to defend against enemies.

The plot is not really that important  it only propels the action. Then, the game mostly comes down to pure gameplay.

Mechanics in Kingdom and Castles for PC are based on the well-proven formula employed before by a number of economy strategy games. During gameplay, you need to gather resources, like wood and stone, in order to erect buildings. Also, you have to skilfully manage farms so as to feed all your peasants. This is all the more difficult due to the system of season cycles  if you do not gather enough supplies for winter, you might suffer famine. Different plagues also pose a real problem.

Finding a balance between the satisfaction of the inhabitants and the tax rates is also vital. Your peasants will be even more happy if you build churches and organise different festivals.

Your lands are regularly attacked by Vikings who do so in order to steal your treasures and kidnap peasants. From time to time, the kingdom is attacked by dragons. If you want to have any chance of survival, you need to build castles with defensive walls and diverse watchtowers. The system responsible for that gives you loads of freedom and a huge number of configurations. For example, the height of each structure  which influences e.g. the attack range of its garrison  is completely up to you. 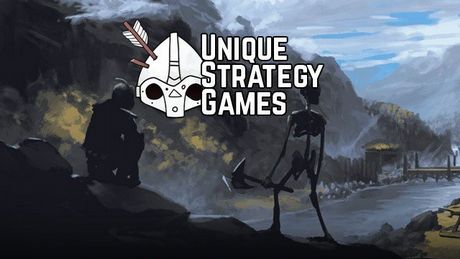