Do you already know a simple way to solve the issue of importing saves from the previous games on all available platforms? Are you planning a solution similar to the one used in Dragon Age: Keep, or something else entirely?

When it comes to consoles, you can continue the game after declaring a few facts, but weve tried to take a different approach than Dragon Age: Keep did, and use the game itself and the dialogues to make those choices.

So it will be seamlessly implemented into the gameplay?

Yes, since the prologue. When we get to Vizima, the player will get to talk about their previous decisions. In that sense, its not a chart you have to fill. However, Id rather not reveal too much at this point. Its also worth mentioning that its an optional element.

Will we be able to import saves on PC? Will the solution youve mentioned before be available to players who didnt keep their saves? 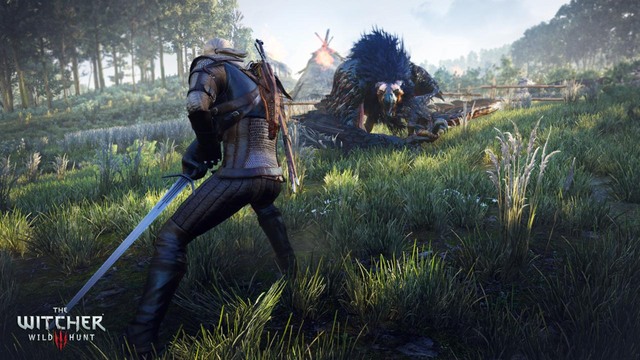 When it comes to The Witcher 3, you havent talked much about its technical side. Let me quote your statement for Game Industry of March 2013: The PC allows for more at the moment, but new platforms are stepping up. In the future, it should be much easier to unify the requirements. Has that future arrived?

I think so. It is impossible to make a game for three different platforms that will utilize all of the various platforms unique features and specs. Its a technical fact. Making an exclusive title allows to squeeze more out of the target device.

The Witcher 3 is a rich production full of unique characters and a few thousand people. Lets not forget castles, two large cities and the enormity of the world that has to be filled up. Weve done everything we could to make the game look spectacular. And this doesnt depend on the platform We could up the resolution in the PC version, as the hardware is stronger, but at the same time we wouldnt be able to do something new, like, e.g., rewriting the rendering engine that would be able to render such an amount of triangles. If we had lightmaps of interiors, the game would have looked much smoother, but in this case we wouldnt have managed to simultaneously provide dynamic lightning in an open world. The game would have chunked all of the memory, even on PCs.

Platform unification exists  we have a single build, which is distributed to each one of them. The game is the same; the draw distance is the same. Minor differences result from the fact that the GPU has different parameters on different consoles, which can result in, e.g., the changes in color temperatures.

How will the PC ultra version hold up against consoles?

It will be possible to spot differences in, for example, Nvidia HairWorks, but those are very demanding graphically, so a strong PC will be needed. What Im about to say might not be diplomatic. In the future you will be able to turn on the option of ubersampling, which, upon the release of The Witcher 2, was killing the game, and will probably do the same with this title, so we dont want to unlock it for now. It makes the game look better, but the requirements are insane.

Are all the textures and models the same?

Yes, there is only one version, otherwise we wouldnt be able to make the game in time. We would have to take it all apart, and then build it and test it on three different platforms at the same time, which is impossible to do. Therefore, we have one common basis, and then transfer it to other platforms.

We manage it differently on platforms with less memory. Less complex models are loaded; it all depends on what is going on on the screen at the moment. To sum up, there are only a few differences between PC, PlayStation 4 and Xbox One. They are not aimed at changing the configuration; instead their purpose is to solve certain problems.

Have you followed the comments under The Witcher 3 VGA trailer? Many people were complaining about the drop in graphics quality in comparison to the first video materials.