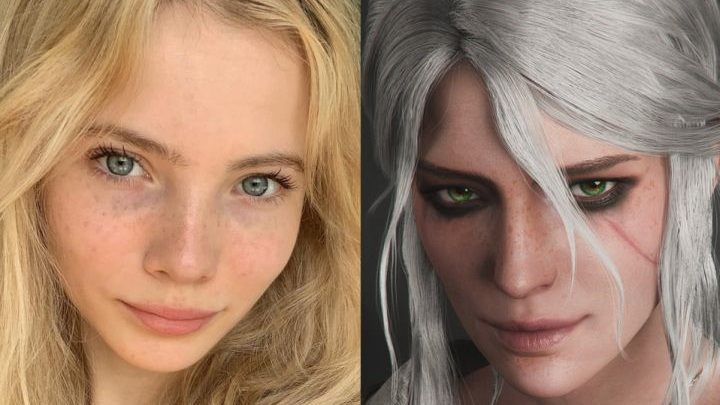 On the left, Freya Allan.

Ciri in the series is perhaps the character that lost the most of its original charm from the books. Sapkowski described her as a wayward, spiteful and courageous girl who, despite her brazen behavior, is impossible not to love. In the Netflix adaptation, she has enough defiance to prefer playing with street people over court entertainment. In addition, the Lion Cub of Cintra turns out to be more of a kitten in season one. Acting mostly boils down to making sad and scared faces  and even her eyes are not as they should be. In conclusion, she's closer to Sansa than to Arya Stark (an apt comparison, given how obsessed with the Game of Thrones the entire series seems to be). I hope she's more fleshed out in subsequent seasons.

In The Witcher 3, on the other hand, Ciri depiction is probably one of the finest examples of lore-friendliness. Yes, her image is a little different from the books  but mainly because the game is set a few years after the events of The Lady of the Lake and the witcheress is already a young woman, with fully developed character (her defining trait in the books was that she was being molded during her formative years). In any case, CD Projekt RED were able to create a vivid heroine, who quickly gained a wide circle of fans around the world. Freya Allan's creation does not evoke equal enthusiasm, sadly.

In this category, the respondents were mostly unanimous. Almost 90% of them preferred the game's Ciri (with more than half recognized her as "definitely" better).

Which Ciri was better?