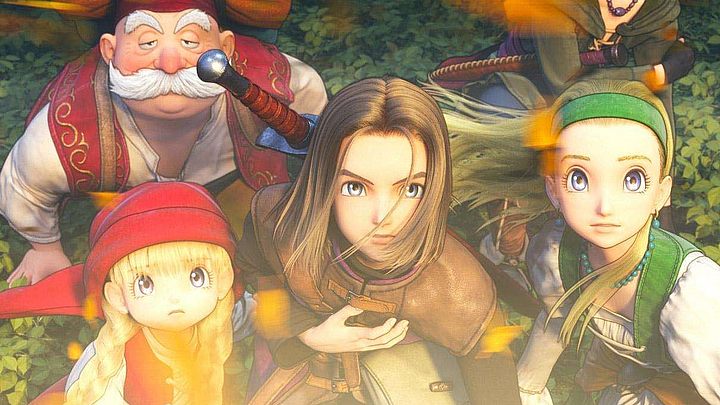 In the case of Dragon Quest XI, I will say, perhaps boldly, that it's the perfect illustration of what the jRPG school is actually all about. The series, which is fundamental to this genre, is faithful to the initial assumptions of the Japanese RPG – in many respects, it's an extremely cliché production and... that's its undeniable charm. Finally, we're talking about an adventure, where, as a hero foretold by legends, we travel through a fairy-tale land and gather a team of various allies in order to save the world.

Dragon Quest XI is characterized by a beautiful visual setting, on which – like in Chrono Trigger – Akira Toriyama left his mark. It's a classic fantasy story, in which, however, also offers a real roller coaster of emotions. From scenes with a disarming sense of humor to more serious, emotional tones that can make your eyes teary. All thanks to the cast of likable heroes. The game also allures with its relaxed atmosphere.

It's a standard jRPG with a turn-based combat system that makes us feel like we're taking part in a great adventure. The nearly perfect core of the game allows you to see what the phenomenon of jRPG is all about, and then you might just fall in love with it. The game has a low entry threshold and isn't overwhelming with its complicated nature, which, combined with pleasant aesthetics, makes it an ideal proposition for newcomers. It's also a huge game in which you can spend several dozen hours just exploring the colorful world, lose hours on end in the casino or fall into the whirlwind of skirmishes. After all, this is one of the few games in which you can clearly feel that the creators have truly poured their hearts in.