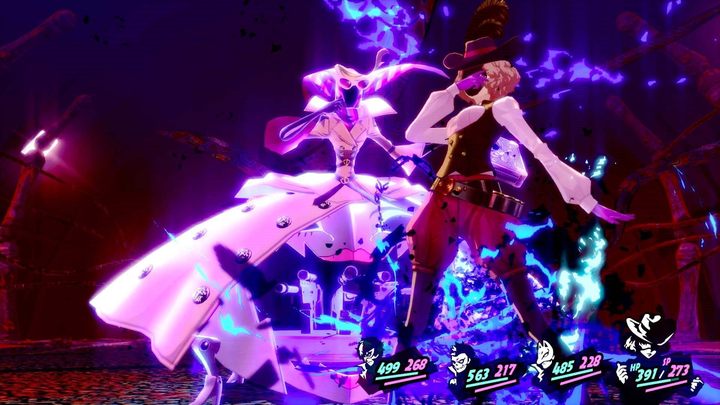 Persona 5 Royal delights millions of fans around the world for a good reason. This is an almost perfect representative of its genre. Its great advantage is that the creators dose new elements intelligently, so that the player doesn't feel overwhelmed by the gigantic amount of content and systems. This turns out to be important because in this case, we're dealing with a really enormous production, the completion of which will easily take from 120 to 150 hours. It's enough fun for weeks or even months on end – depending on how much free time you have.

The last Persona enjoys an incredibly stylish artistic setting, reminiscent of animé. It engages you with a great story of heart thieves who, endowed with special power, can influence the conscience of evil people. It's a story about young people with no place of their own in a world ruled by spoiled adults who take advantage of their privileged position.

Persona 5 is a first-class mix of addictive gameplay and a great story that's not afraid to tackle more serious and complex issues. While playing, you can also count on creating a unique team by recruiting various demons from various mythologies. In addition to turn-based, but quite dynamic combat system and traversing dungeons, you will also spend many hours on a simple life simulation – going to school, meeting friends in your free time and working part-time. This variety allows you to take a break from the typical world saving, works great as a standalone element of the game and genuinely relaxes. Many people appreciate this exact aspect the most. We've got here once again a series that you simply should know, and since its individual installments are not related to each other story-wise, you can jump right into the latest chapter of the series.