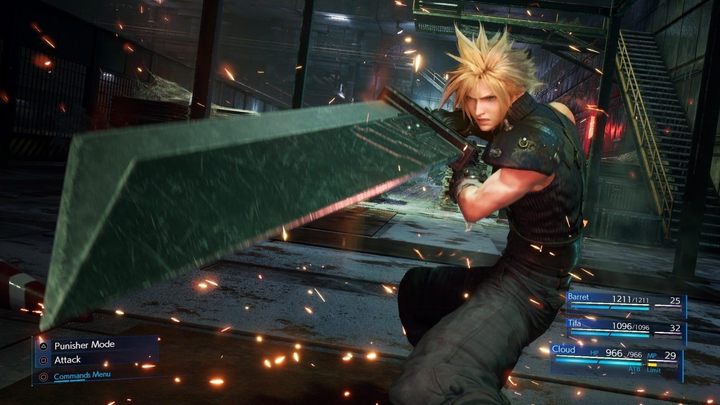 This list wouldn't be complete without a representative of what likely is the most important and influential jRPG series ever. Especially since we're talking, in a way, about a genuine reinterpretation of the true legend, to which we largely owe the popularization of this genre in the West. Final Fantasy VII Remake may arouse controversy by dividing the game into several parts, but don't fret – it's a full-fledged production for several dozen hours of fun. In a few places, it's actually unnecessarily lengthy, but generally it's all well planned.

Why is it worth starting your adventure with jRPG games with Final Fantasy VII Remake? Because it is a very well-modernized version of the classic, which has been etched in the history of the industry with gold. The flashy combat system is paramount here, combining typical ATB solutions with dynamic gameplay, reminiscent of action games and the cult film Final Fantasy VII: Advent Children. This is one of the most interesting systems, which was created not only with a modern recipient in mind, but also respectful of the prototype.

The remake of the seventh part also gives much more depth to the characters whose personalities have become more complex, which makes following the relations between genuinely thrilling. Especially the transformation of Cloud, who, from a cold mercenary, slowly becoming a man of flesh and blood. This makes all the bigger impression when compared to the original, released with a terrible and infantile translation.

Just like the original on PS1, Final Fantasy VII Remake is a good choice for the first station of the jRPG tour. The adventures of Cloud the mercenary are among the most important in the industry and I guarantee you that there are many reasons for this. It's an emotional, sometimes romantic story about people fighting for a better tomorrow with a soulless corporation that ruthlessly exploits the planet and its inhabitants. The new version, despite extended exposure, is surprisingly faithful to the original assumptions, and at the same time, it's better and more interesting in terms of story. In addition, there's the finale, which I watched with my jaw dropped, unable to stop admiring the beautiful choreography of the combat.