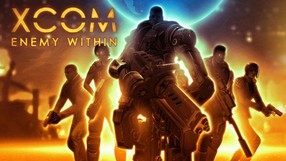 First huge add-on to the tactical strategy game, XCOM: Enemy Unknown, released in 2012. Created by the developer team at Firaxis Games, the expansion introduces many new features to basic game. One of the most important among them is a new resource  meld, a type of microscopic, robotic organisms that can modify human genotype. This allows humans to improve their body and even integrate mechanical parts into themselves. The add-on introduces a new soldier class as well  Mec Trooper - along with a special building to produce him, two types of aliens (Seeker and Mechtoid) and a new human organization, EXALT, trying to use alien technology to conquer the world. There are also new types of weapons, skills, and maps for multiplayer matches.