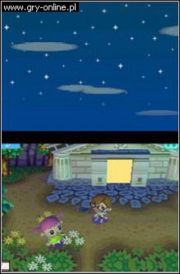 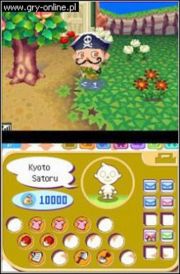 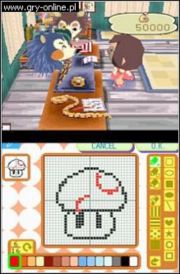 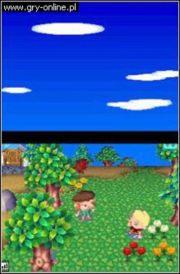 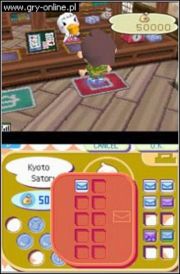 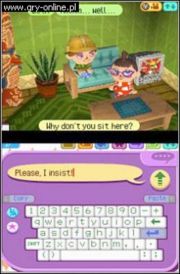 Players move into a living, breathing world inside the Nintendo DS...and then invite their friends to visit from anywhere on earth.

In this sequel to the wildly popular Nintendo GameCube game, players and up to three friends can hang out in the same village and interact in real time  either through wireless LAN or over Nintendo Wi-Fi Connection. Now players can visit a friends village from thousands of miles away.

Days and seasons pass in real time, so whether players want to decorate their homes, catch bugs or fish, collect brand-new items like hats and sunglasses or just chat with the wild and wacky characters in their villages, theres always something to do.

Players make their own stories. A player and up to three friends move into a village and just live life, extend a home, interact with their neighbors and explore the village.

Much of the cast of the original Animal Crossing returns, including animals of all shapes and personality types: K.K. Slider, Tom Nook, Blathers, Mr. Resetti and more. There are also a number of new characters.

How to Progress through the Game

Players move into village, buy a small house and then do whatever they want. Time and seasons pass as they do in the real world, so there will always be something unpredictable happening. Collect or buy items, talk to neighbors, go fishing, catch bugs, dig up treasure or hang out with human friends.

Miami Nights: Singles in the City