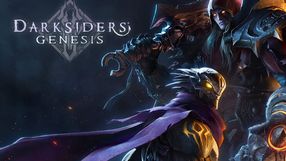 Darksiders 3 is the third installment in the popular action-adventure game series where we control a super-powered protagonist and face the forces of our enemies. In previous games, developed by Vigil Games, we played as two horsemen of the Apocalypse, War and Death. Darksiders III was developed by Gunfire Games, a studio made of developers who previously worked for Vigil Games. This time we play as a sorceress named Fury whose job is to reestablish the balance between the Good and Evil on Earth. In order to do so, she has to defeat the Seven Deadly Sins and their minions. Our heroine uses a spiked whip and magic. She can use the latter to take on various forms that grant her access to new weapons, moves, and abilities. Combat, though arcade, is engaging and offers various attacks, combos, and powers. The game takes place in a post-apocalyptic open world where, along with fighting, we will have to solve various mysteries. 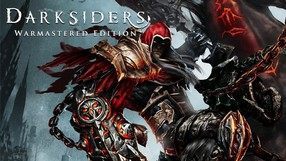 A refreshed edition of Darksiders  an action-adventure game from 2010, prepared mainly with eight generation consoles in mind (PlayStation 4 and Xbox One). We assume the role of War, one of the Four Horsemen of the Apocalypse. As a result of a conspiracy, he initiates the end of the world prematurely, for which he is punished by being stripped of most of his powers and exiled to Earth. The protagonist decides to get revenge on the culprits, fighting hordes of demons, which are in abundance on the destroyed planet that our hero traverses in search for the perpetrators. The mainstay of the game is the dynamic combat, in which we use various types of weaponry and special attacks. The hero traverses large locations with a partially open structure, occasionally solving riddles to proceed. As the game progresses, War reclaims his lost abilities and acquires better weapons. The visual changes are the biggest asset of the Warmastered Edition. The game now runs in native 1080p, the animations are more fluid, the quality of shadows and graphical effects has been improved, while the texture resolution is now twice as high. 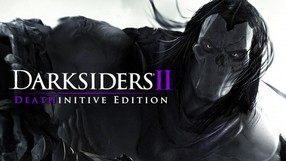 Complete edition of Darksiders II, a TPP action game released in 2012, now remastered for the eight generation consoles by Nordic Games, who gained the license after the closure of THQ company. In the game you become one of the legendary Horsemen of the Apocalypse, trying to solve a complex intrigue and help one of his brothers, who got into some serious troubles. While playing, you will traverse vast locations on foot or on horseback, though the pinnacle of gameplay are the spectacular combat sequences, in which you can use the heros abilities, developed over time. As compared with the previous game, Deathfinitive Edition sports enhanced graphics with more detailed textures, better animations, and improved lighting and weather effects. In addition to the base game, this release contains all post-launch DLCs. 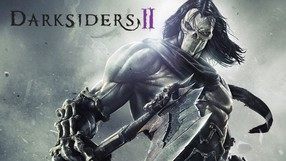 The sequel to the action game, Darksiders, released in 2010 by the developer studio Vigil Games. The storyline of Darksiders II depicts the adventures of another of the raiders of the apocalypse  Death. The hero sets out to aid his brother  War, who has been accused of unleashing the Apocalypse prematurely. In order to help, the protagonist has to prove the existence of a plot and resurrect humanity, which was completely annihilated in the End-War. In comparison to the first installment, the creators of Darksiders II have prepared a much larger and more diverse world, through which the hero travels, accompanied by his steed (Despair) and a crow (Dust). The gameplay revolves around spectacular skirmishes with enemies; in some areas, however, also the players ability to solve logic-based puzzles will be tested. The changes introduced in Darksiders II have also influenced the graphics, greatly increasing their over-all quality. 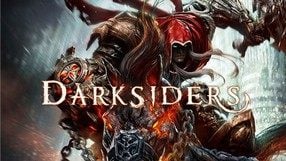 A third-person action game featuring RPG elements. The plot was inspired by events described in the Book of Revelation. Darksiders was developed by Vigil Games, a studio led by Joe Madureira, who is a popular comic book author. The player assumes the role of one of the four biblical Horsemen of the Apocalypse, who finds out that he has been betrayed, after reaching the Earth. Chased by agents of both Heaven and Hell, the protagonist sets out for a journey in order to regain the abilities and a steed he once lost and discover the mystery behind the conspiracy. The game is a typical slasher, for the protagonist wields a sword, a scythe and uses environmental objects by throwing them at enemies. Alongside progression, the player gains access to successively retrieved abilities, which give the player an upper hand on the enemies in subsequent encounters. The game features an open world and gameplay itself focuses on combat and completing different assignments related to the plot. The game's unique graphic style was delivered by Madureira himself.