DiRT 5 is another part of the well-known racing cycle dedicated to rallying. The game develops concepts and ideas introduced in previous versions and offers players an experience in which each race is slightly different from the previous one. The game was developed by masters of the genre - developers from the extremely experienced Codemasters Software studio, responsible, among others, for the other parts of the series.

In DiRT 5 we race off-road cars known from the real world, driving in real locations. The fun is made more pleasant by changing, often extreme weather conditions. In this game, the driving model has been designed in such a way that it does not focus solely on realism - it rewards the player's great agility and courage.

In DiRT 5 you will find a whole range of modes designed for both single player and multiplayer mode. The game offers a new, extensive role-playing campaign, in which the gameplay is shaped by the player's choices. We also have a multiplayer mode for 12 people, in which we perform various additional tasks in addition to racing. You can also play with your friends locally (on a split screen), use the editor and photo mode.

DiRT 5 offers an advanced, three-dimensional graphic design that presents a very high level of quality. Both routes and models of individual vehicles are characterized by great detail. Also noteworthy is the engine responsible for the lighting and the impressive weather effects. The soundtrack is also worth mentioning - in the feature campaign you can hear several well-known voice actors, such as Troy Baker or Nolan North. 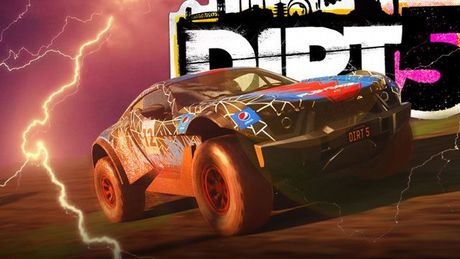 DiRT 5 brings a lot of novelties that will actually make this series shine a little brighter. Too bad the game is only revolutionary within its own series, rather than the genre in broad terms.

Codemasters has just announced a new installment of the DiRT series, which will also be available on Xbox Series X consoles.

Codemasters revealed the existence of two more installments from the DiRT series. The first one is a spin-off, which we will get to know soon.

Which Games Can be Transfered From XONE to Xbox Series X for Free?

We've learned a list of games that use Smart Delivery, a system under which a purchase of the Xbox One version will enable us to receive the game's Xbox Series X edition for free.

Codemasters shared details about the Career Mode in DiRT 5. The devs bet on strong narrative and many kinds of challenges, and the fun will be enhanced by the option to play together with friends.

Codemasters has revealed the release date of DiRT 5. The game will initially go on PC and current-gen consoles. The PS5 and Xbox Series X versions will be released later.