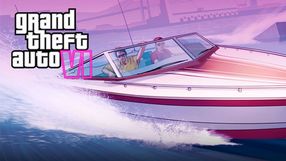 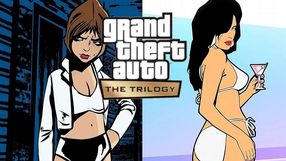 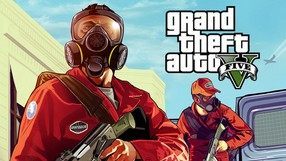 The fifth major installment in the massively popular action game series developed by Rockstar North in cooperation with Take Two Interactive. Grand Theft Auto V is set in a fictional city of Los Santos (based on Los Angeles). The story revolves around adventures of three characters: Michael De Santa, Trevor Philips, and Franklin Clinton, men infamous for brushing up against the law. The game’s creators stayed true to the franchise tradition of sandbox gameplay model, giving players an unparalleled freedom of choice when it comes to completing missions and moving around the virtual city. The game's budget amounted to 360 million dollars, a record number for a video game.

A spin-off to the bestselling Grand Theft Auto series, at first developed for Nintendo DS and PlayStation Portable handhelds and later converted to mobile devices as well. The story takes place in Liberty City, a place well known to the fans of the series. As Huang Lee, member of a Chinese criminal group, the player is trying to prove his worth, avenge the death of his father, and reclaim a valuable sword that for centuries was the symbol of his family’s power. The gameplay mechanics are similar to previous installments in the series, except for the missions being slightly shorter and the fact that the player can repeat failed actions. Other important changes include an auto-aim system, simplified driving mechanics, and the necessity of destroying police cars. A new interface and various mini-games were added to the game as well. The graphics of the game utilize cel-shading technology, combining the classic top-down view and isometric perspective. 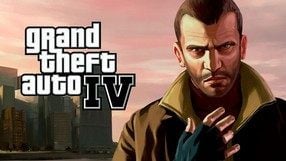 The fourth installment in a best-selling action game franchise. The title was developed by Rockstar North Studios under the supervision of Chris Sawyer. The protagonist of Grand Theft Auto IV is Niko Bellic, an immigrant from Eastern Europe who recently came to America, where he starts a career in the criminal underground. The sandbox gameplay model gives the player much freedom in exploration of Liberty City, a virtual metropolis, where you can move around using various vehicles (cars, motorbikes, and helicopters, among others). How the story unfolds depends on the player’s choices regarding order in which the missions are completed. Apart from single player gameplay, Grand Theft Auto IV offers online or LAN multiplayer for up to 32 people.

Another spin-off to the legendary series of sandbox action games, developed by Rockstar Games for the PlayStation Portable console. As the title of the game suggests, its action is related to GTA: Vice City. The title takes place in 1984, two years before the events shown in the other game. The main protagonist is Victor Vance – an ex-soldier who currently works for various gangsters. By completing various jobs given to him by mafia bosses he slowly rises through the ranks of the criminal underworld. The gameplay isn’t very different from other installments of the series. However the developers added many new features such as the ability to swim, fly a helicopter or enter buildings. This made the game mechanics even more similar to the mechanics of full-fledged installments in the series. Grand Theft Auto: Vice City Stories offers a large number of weapons and gadgets as well as a varied soundtrack that accompanies the player while driving cars.

A spin-off to the iconic Grand Theft Auto series. The game was first developed for the PlayStation Portable handheld console. The story of Liberty City Stories takes place a few years before the events shown in GTA3, on the streets of the same metropolis. During the game player becomes Tony Cipriani who after coming to the city is caught up in the dirt of corruption, mafia wars, and drug traffic. The objective of the game is to work for the Leone mafia family, increase its influences and build up Tony’s reputation in the criminal underworld. The gameplay of GTA: Liberty City Stories employs the well-received mechanics of the series and offers an open world filled with story missions and side activities alike. As always in the series, there are many vehicles (including motorcycles, motorboats, trains and ferries) and weapons to use. However, due to the limitations of the PSP console, some things were slightly simplified. 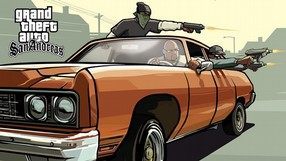 The seventh installment in the controversial Grand Theft Auto series – one of the most popular game franchises in history that brought Rockstar Games company international fame. The series has been letting the player start as a petty criminal and work his way to the top of the criminal underground. This next part of the series is the biggest one so far, featuring world – the State of San Andreas – almost three times larger than Vice City. Among many innovations, there are several thing worthy of mention: improved AI of civilians, option to recruit gang members, increased number of interactive buildings, hunger factor, swimming, and new means of transportation (e.g. bicycles). On top of that, there game features numerous extra activities, highlighting the sandbox character of gameplay. The game features the atmosphere of the 1990s, apparent in both the graphics and the soundtrack available via the numerous in-game radio stations.

Pocket version of one of the most popular and controversial games of all time. Grand Theft Auto Advance takes fans of the gangster lifestyle to the city known from the third part of the cycle, i.e. Liberty City.

Two excellent and cult games for the price of one. The "Double Pack" includes Grand Theft Auto III and Vice City tuned to the capabilities of the Xbox. 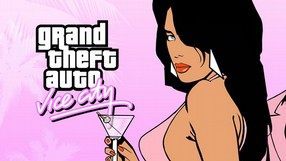 A new installment in the bestselling series of action games. The game expands the ideas introduced in the third entry in the franchise, released in 2001. The game was developed by the authors of the previous installments who, after having been bought by the American giant, were transformed into Rockstar North. The game takes place in the 80's in a completely new metropolis called Vice City. The player becomes Tommy Vercetti, who was sent by his boss to establish a foothold in the city while taking care of the local gangs and corrupted police. The game has similar mechanics to its predecessor and focuses mostly on completing various non-linear story missions. Grand Theft Auto: Vice City added some new features, such as the possibility to use motorcycles and helicopters. The graphics, inspired by aesthetics of the 80's, were greatly improved as well. During the game, the player is accompanied by a varied soundtrack broadcast by several different radio stations. 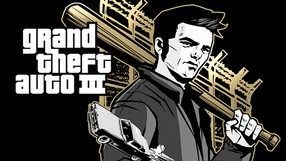 Another installment in the controversial series of action games started in 1997. Grand Theft Auto III was developed by the authors of the original game, the DMA Design studio, this time under the wings of Rockstar. The third entry revolutionized the series by unleashing the players into an open, fully three-dimensional world brimming with virtual life. This was possible thanks to the RenderWare technology. The game takes place in Liberty City, a virtual adaptation of New York. The main protagonist is a young man named Claude who dreams about becoming the boss of the underworld and taking revenge on people who almost sent him to prison. The story of the game is non-linear and develops as the player completes dozens of assignments from various mafia bosses. A large arsenal of weapons can be useful in completing these tasks. The game also contains dozens of vehicles which – similarly as in the previous installments of the series – can be used with no limitations. 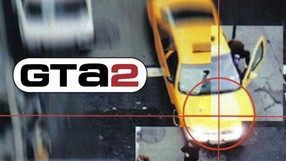 A sequel to the very popular, and rather controversial, game from DMA Design (currently Rockstar North), which offered a taste of criminal lifestyle, letting you commit progressively more brazen and bloody acts of violence. The second part once again takes you to the streets of a virtual metropolis, and although it features only one city, it is much bigger than those in the first game. It is divided into three districts controlled by three local gangs. Players do various jobs for the gangs. With each successful mission their reputation in the group's ranks increases. As it was in the first game, while on a mission, the player can make use of a wide arsenal of weapons as well as more than 120 distinctive vehicles. This time, however, it's not just the police that are trying to get in your way; you will be facing SWAT, FBI, and even the army. Gameplay is presented in top-down perspective, although the graphics are more colorful than before, and accompanied by radio music playing each time you are driving a car. 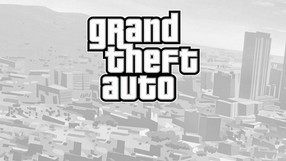 A controversial action game developed by the Scotch studio DMA Design. The game takes place in three American cities, based on Miami, New York and San Francisco. The objective of the game is to complete various missions received from mafia bosses. At first the missions are simple (for example, stealing cars), but as player’s reputation increases, the objectives become more complicated and player starts participating in bank robberies, murders and other insolent crimes. The action is shown from a top-down perspective and the game gives complete freedom to the player in terms of exploring the city and preferred means of travel – both in order to complete the mission and to escape from the police. The protagonist gradually becomes more drastic, and the game very brutal. For this reason the game was banned in some countries.