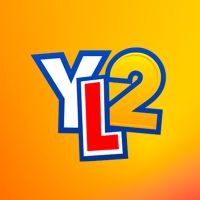 Youtubers Life 2 is a game that simulates the work and life of a person creating video content for YouTube. The player has to record and edit videos, develop the popularity and reputation of his protégé, invest in business development and manage the character's personal relationships. 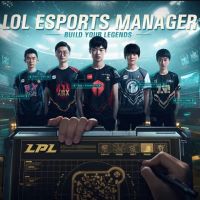 LoL Esports Manager is a strategy that allows you to become the manager of a team of players taking part in professional League of Legends tournaments. The production offers real players and competitions and shows the business side of e-sport.

The next installment of the world's most famous football manager. As in previous versions, Championship Manager 4 has improved the gameplay and increased the already unusual playability.

Football manager strategy game, the next instalment of the popular Football Manager series. Players once again have the opportunity to take on the role of manager of their favourite football teams to try and bring them to the top of the football table. The task requires both management of the team's sporting skills (acquiring new players, establishing match tactics, imposing training regimes, etc.) and skilful management of the club's finances. 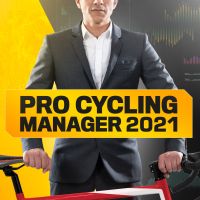 The next installment of a well-known football manager by Sports Interactive. Our task is to manage the football club and perform various duties related to it. The new part introduces a system of agents who help recruit good players, as well as a new training system. The audio-visual setting, user interface and the ability to report on one's progress on social networks have also been improved.

Football Manager 2005 is in fact another part of the series of football managers known so far under the title of Championship Manager, and at the same time the first that was created in cooperation with Sports Interactive and SEGA.

New Star Soccer 5 is the fifth installment of a series of sports simulations developed by the independent New Star Games studio. Players again have the opportunity to play the role of a novice footballer and try to develop their careers to match the football legend. This requires not only effort in training, but also coping with many issues outside the pitch.

Football Manager 2009 is a continuation of a well-known and valued series of football managers produced by Sports Interactive, a company specializing in this genre. The publisher of this title is the SEGA Group.

Tennis Elbow Manager is a sports game prepared by Mana Games with tennis fans in mind. Players can take on the role of a manager and take care of the four tennis players taking their first steps in their careers. The game involves, among other things, hunting for talents, planning trainings, recruiting trainers and guarding contracts. The base of the game consists of more than 3000 players and 300 tournaments in which you can take part.

Game by the fathers of the Cycling Manager series, allowing the user to feel the atmosphere of horse races, referring, among others, to the famous races in Ascot, Pardubice and Warsaw (S³u¿ewiec).

Football Manager 2006 is a football manager from Sports Interactive team, which is another developmental version of the legendary Championship Manager (after the separation of SI and Eidos, the latter retained the rights to the name, and the first one the engine of the game). 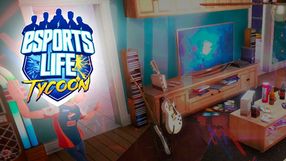 Esports Life Tycoon is a manager where the goal of the player is to create a team of e-sport players so that it can be successful in winning matches that are associated with fame and money. U-Play Online studio is responsible for the title.

Championship Manager Season 00/01 is an extensive football manager, produced by Sports Interactive. The player plays the role of the manager of the football club, and his duties include the transfer of players, expansion of the stadium infrastructure and the establishment of pre-match strategies. The game database contains information about 50 thousand players playing in 26 leagues.

The next installment of the famous football manager by Electronic Arts. As in the previous sections, our task is to manage the football club and perform the various duties associated with it. Compared to the previous edition we get 13 thousand player pictures, a new graphic engine, match forecasting system, the ability to create your own club or lead a national team. In addition, there is an extensive multiplayer mode, improved transfer and evaluation systems.