Naval Action for PC is an online sailing simulator set within the so-called Age of Sail - between the sixteenth and the eighteenth centuries (till the end of Napoleonic era). The game was developed by Game-Labs, a Ukrainian studio whose members worked formerly on Darthmod (popular mods for Total War series), World of Tanks or S.T.A.L.K.E.R. The team released also a real-time strategy game Ultimate General: Gettysburg.

The vessels that the players encounter and command in Naval Action for PC come from the best shipyards of the period. Both the sixteenth and seventeenth centuries were full of new technological advancements of the ships and on-board weapons. This was influenced by the competing nations of colonizers including the French, the British, or the Spanish. Sailing ships were not only more and more powerful and deadly, but were also getting prettier because of their slim silhouettes.

In terms of maneuvering the ships, the game is focused on faithful representation of this aspect. The player can control each of the sails separately. The crew can be managed in many different ways. Sea battles are realistic as well - a complex damage system brings the authenticity required. The game features various weapons used in the historical period that it covers, such as cannons, mortars or carronades. When travelling across the enormous world, the players can also engage in trading with others or completing different assignments.

The graphics in Naval Action for PC are based on Unity engine, which makes a great impression. The creators were focused mainly on realistic representation of the sailing ships. As a result, the ship models are stunning. These are incredibly detailed, because the creators were extremely scrupulous in recreating the authentic ships from the period. 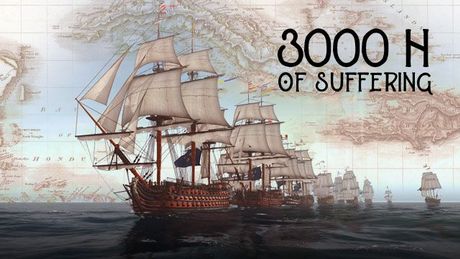 Do you like to inflict pain? I sort of do. I'm even ready to put up with it, as well as the tormenting boredom during hours in front of the computer, when nothing happens. Just to make someone suffer later. But let's start from the beginning. 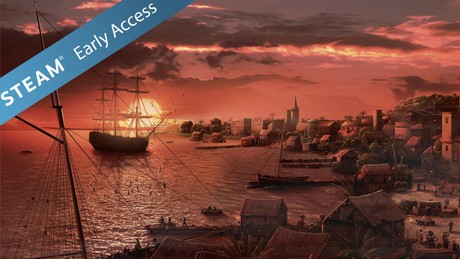 Naval Action is one of the most unique games available in Steams Early Access Program. The game from Game-Labs is also a great example showing how problematic this service can be in various respects.

Meet Naval Action, a realistic multiplayer game about sailing and sea warfare with naval battles for up to 50 players. Its alpha build is going to be available in Steam Early Access starting today.