Representative of the species of Japanese RPGs. We command a team represented by characters from different classes, setting off on a quest for valuable trophies.

Deep Labyrinth studio Interactive Brains is an RPG genre title, which is aDS version of the game, previously released on mobile phones. The way of gameplay resembles the beginnings of computer RPGs: we see the main character's actions from the perspective of the first person, and most of the gameplay will be spent on overcoming underground mazes.

Izuna: Legend of the Unemployed Ninja

Izuna: Legend of the Unemployed Ninja is an "old-fashioned" Japanese cRPG product in which, as is usually the case in this type of game, we have to wander dozens of large dungeons and fight hundreds of monsters. Both the concept of the game and the technical aspects do not differ from the standards known from similar productions from the Country of the Cherry Blossom.

Fossil League: Dino Tournament Championship is a game that builds on the huge success of Pokemons. This time, however, the workshop attracted not bizarre, fantastic creatures, but giant reptiles - dinosaurs. We play the role of a boy hunting for the latter and training them to fight the enemy.

Mega Man Star Force is a new jRPG game by the authors of the Mega Man Battle Network series, which is supposed to start another successful series. Developers from Capcom developed three versions of the MMSF with different subtitles - Dragon, Leo and Pegasus. The different variants differ in small elements, although the guiding principle is the same everywhere.

Portable version of the RPG game from Xbox 360, in which we play the hero named Shu. The daredevil intends to oppose dangerous monsters and save the fairy-tale land. During fights we command the whole team on the tactical screen and use the help of "shadows", ghosts strengthening warriors. It is also important to collect or buy new items.

Etrian Odyssey III: The Drowned City is the third part of the Japanese RPG saga. This time the story takes us to the sunken, ancient city of Amroad, where we are looking for old technologies and treasures.

Remake of the sixth part of the Dragon Quest series, originally released at the end of 1995 in Japan for the SNES console. It is also the last part of the Zenithia trilogy, which includes all versions of this RPG from the fourth to the sixth part.

Spin-off Final Fantasy series by Matrix Software which is back to its roots in both the plot and the mechanics of the game. The game offers a low-complicated turn-based combat system, and we can control battles using a stylus. There is also a division into character classes.

Sands of Destruction is a jRPG game based on the anime series World Destruction: Sekai Bokumetsu no Rokuni. The player directs the actions of a group of heroes who want to destroy the world in which the cruel race of Ferals rules over people. The basis of the game is exploration of the terrain, performance of tasks and duels with different opponents.

Solatorobo: Red The Hunter is a jRPG game created by the Cyberconnect2 development team. The title Red is a treasure hunter who accidentally gets entangled in an intrigue that threatens the existence of the flying islands of the Shepherd republic and the whole universe. Players must help the main hero and his companions to weave out of trouble and overcome the danger. 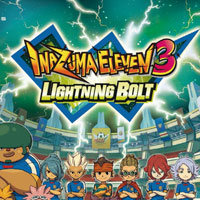 Wizardry: The Legacy of Oblivion

Wizardry: The Legacy of Oblivion is a cRPG game produced by Suzak studio, part of the Wizardry Renessaince project aimed at reviving the legendary brand. Players take control of a team of 6 heroes and direct their actions to explore the dangerous dungeons. The game takes advantage of the technical capabilities of the Nintendo DS console, including an additional device display.

Ragnarok Online DS is the transfer of the world known for the personal computer game to the Nintendo DS console. Our task is trivially simple - to stop evil, which may soon destroy all inhabitants.

Ys is a solid series of Japanese RPG games debuting on personal computers in 1987. Legacy of Ys: Books I & II is a refreshed compilation of the first two parts of the cycle.

Shining Legend is a cRPG game produced by Blueside studio for users of Nintendo DS pocket console. The action takes place in a fantastic world, and the player leads the character of a poor prince who undertakes a well-paid mission to find the seven missing daughters of King Junon. The creators have planned more than 400 tasks to perform in 40 regions, into which the game map is divided.

Again we play the role of Mega Man, playing battles with special cards. In the third installment of the cycle, the protagonist must protect the cybernetic world from the noise of unknown origin.

Lost in Blue 3 is a cRPG game with adventure elements. This is the third part of the survival series released on the Nintendo DS console. As in previous editions, Konami is responsible for this title.

Classic realized representative of jRPG species. We set out to search for the mythical El Dorado. Along the way we fight monsters and question NPCs.

Magical Vacation is a far eastern game of the genre cRPG, whose action takes place mainly in space. The production of this title is the responsibility of 10TACLE STUDIOS, and the issue is handled by the Nintendo corporation.

Metal Saga is a classic cRPG game with elements of fight in turn-based system. The thing happens in the near future, when people have a lot of problems with machines that they created. The main theme of the game concentrates around a computer called Noah Seed.