An extended and improved version of Disgaea 4, a tactical RPG that was originally released on PlayStation 3 in 2011. Disgaea 4 Complete+ has all the DLC add-ons, as well as an improved audio-visual setting.

A remastered version of the jRPG titled Disgaea: Hour of Darkness, developed by Nippon Ichi Software. During the game, the players assume the role of Laharl – the son of the ruler of the underworld, who is trying to reclaim the throne of his deceased father. Compared to the original version, Disgaea 1 Complete features improved graphics. 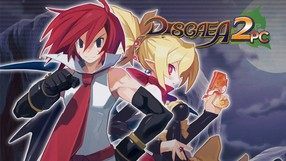 The definitive edition of the second installment in the Disgaea series, developed by Nippon Ichi Software for PC. The action of this jRPG takes place in Veldime – a fantasy world that has been struck by a curse summoned by a dark lord – Zenon. As a result, its inhabitants have been changed into demonic beings. The only hope lies in Adell – a courageous youth who challenged the powerful adversary. The gameplay in Disgaea 2 PC is based on exploration and completing story and side quests, developing our character through new equipment and learning powerful skills, and enemy encounters. The battles take place in a turn-based system, and the key to success is using our hero and his party’s abilities, and adopting an effective tactic – the players can move their units during their turn. The game is complemented by an additional story episode, starring another character – Axel, and special gameplay variants for seasoned players. When compared to the PlayStation 2 version, the PC edition can boast higher screen resolution, and controls that allow the player to use keyboard and mouse combo.

A compilation of three installments of Disgaea, a popular tactical jRPG series developed by Nippon Ichi Software. The package contains: Disgaea 3: Absence of Justice, Disgaea 4: A Promise Unforgotten, and Disgaea Dimension 2: A Brighter Darkness. While each of the included title has received visual upgrades, including HD support, the collection doesn’t contain any DLCs or upgrades that appeared in PlayStation Vita ports. The Disgaea series is distinguished by its unique humor, numerous pop-culture references and stories that evoke various books, comics, anime, and fantasy films. Enemy encounters are the main highlight of the game, taking place in a turn-based system on a tactical grid. Additionally, the game is characterized by clear visuals with two-dimensional sprites representing the heroes inhabiting a three-dimensional game world.

Disgaea 5 Complete is another installment in the strategic/tactical RPG series created and developed by the Japanese studio Nippon Ichi Software since 2003. Disgaea games are characterized by a high dose of fourth-wall breaking humor and frequent references to pop-culture. Disgaea 5 is the first game in the series that was released on Nintendo Switch. We play as Killia, a young demon who wants to free his world from the rule of the dark lord of the underworld. To defeat the enemy, Killia has to unite all of the conquered and threatened worlds. He goes on a dangerous journey along which he recruits many unusual allies. Most of the time we will spend on three dimensional battlefields covered with square tiles. Combat is turn-based. In battle, we will use combinations of attack, spells, and special abilities. Along with the new classes, the developers have introduced the option of banding our heroes into units, and the Revenge system connected with that option. Disgaea 5 has the same characteristic visual style of the previous iterations and looks like an interactive anime.

A direct fictional continuation of the first part of the Disgaea series, which was released in 2003 on PlayStation 2. Like other representatives of the series, the title is a classic jRPG game with elements of turn-based strategy, which is characterized by a specific sense of humour and crazy history.

Disgaea on the Nintendo DS is a position that was known from stationary devices before it hit this portable console. It is a combination of jRPG with many elements of turn-based strategies.

JRPG production, in which we learn about the original story of a young demon who wants to take over the title of Lord, belonging to his father. The fight was carried out in a turn-based manner and requires players to have a good strategy.

Disgaea 2 is a sequel to a successful strategy with RPG elements, entitled Disgaea: Hour of Darkness. Game development is the responsibility of Nippon Ichi Software studio, including Phantom Brave and Hayarigami. 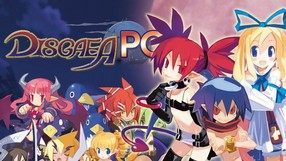 The first installment in the tactical jRPG originally released on PlayStation 2 and PlayStation Portable. After a decade, an improved port has finally made its way to PC. In Disgaea PC you assume the role of a demon prince named Laharl, who having awakened from two-years’ sleep learns about the death of his father. As his successor, he decides to regain the throne and his subjects’ trust by setting out on a dangerous journey during which he will meet many allies and foes. The campaign is divided into episodes resembling a typical anime TV series. During the game you will spend most of the time fighting on tiled maps. You have a diversity of units under your command, offering different attack combinations, spells, combos, and special abilities that, just like in any classic RPG, can be further developed during the course of the game.