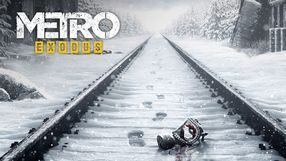 Metro Exodus is the third installment of the popular FPS series based on the books by Dmitry Glukhovsky and developed by 4A Games. Once again we play as Artyom who ventures through what remains of Russia after a nuclear war that took place twenty years before the action of the game. Metro Exodus is kind of an evolution of what we saw in the series' previous installments. As usual, we explore the game's rich world (this time, along with the tunnels, also the world’s surface), fight with the encountered enemies, and try to be as stealthy as possible. Stealth plays an important role in the game because we will encounter not only well-armed human survivors, but also mutants. Defeating a smaller one may not be that hard, but the more powerful mutants can be rather difficult to kill. As usual, the latest installment of the Metro series features visuals of the highest quality. 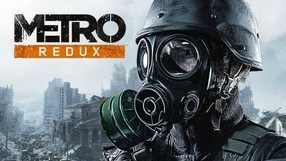 A special remastered edition of the two popular first-person shooters: Metro 2033 and Metro: Last Light, developed primarily with 8th-generation consoles in mind. The story of the Metro series revolves around a youngster named Artem and presents a post-apocalyptic vision of the world in which the humanity fights for survival after a nuclear apocalypse. The action of Metro 2033 takes place in the tunnels of the Moscow subway that now shelters the survivors from dangerous mutants. In the sequel, we abandon the underground tunnels to explore the open spaces of the ruined city. Due to the gameplay enhancements, the game now offers a multiplayer mode. Both titles in the bundle are almost identical to the original ones and any changes involve mainly improved graphics. 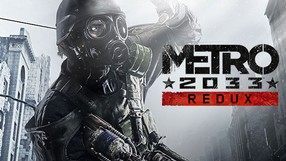 A remastered edition of the popular survival horror first-person shooter, Metro 2033, developed primarily with the 8th-generation consoles in mind. The action takes place in the grim universe created by Dmitry Glukhovsky, adapted by 4A Games for the purposes of the game. The story of the Metro series revolves around a youngster named Artem and presents a post-apocalyptic vision of the world in which the humanity fights for survival after a nuclear apocalypse. Life goes on in the tunnels of the Moscow subway, as it continues to shelter the survivors from dangerous mutants. If not for the fact, that the mutant attacks become increasingly frequent. The player is sent to the central point of the subway system, called Polis, to warn its inhabitants about the emerging danger and ask for help in fighting it. The remastered edition is nearly identical to the original, and the changes it introduces involve mainly improved visuals. Moreover, the developers implemented two new game modes: Survival and Spartan. 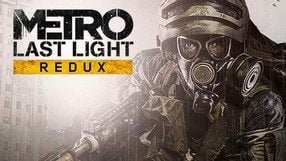 A remastered edition of Metro: Last Light, a first-person shooter with survival horror elements, developed primarily with 8th-generation consoles in mind. The action takes place in the grim universe created by Dmitry Glukhovsky, adapted by 4A Games for the purposes of the game. The sequel to Metro 2033 continues the themes of the original game, while the protagonist abandons the subway tunnels to travel to the surface to stop a conflict between the surviving remains of humanity. The gameplay mechanics remain unchanged and still offer both action sequences as well as stealth sections with the possibility of silent kills. Thanks to the increased size of the locations, the game allows us more freedom and provides more than one path to a given objective. The remastered edition is nearly identical to the original, and the changes it introduces involve mainly improved visuals. The title comes with all previously released DLCs and two new game modes: Survival and Spartan. 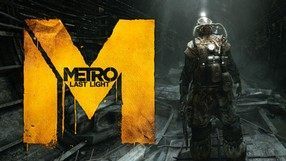 A post-apocalyptic survival-horror FPS developed by 4A Games studio from Ukraine. The plot continues the events of Metro 2033, a game published in 2010, while the story loosely alludes to the books by Dmitry Glukhowsky. The action takes place in a world of future, destroyed by nuclear bombing. A handful of Moscow citizens who have survived the explosion hid in the city’s subway network. Divided into several conflicted fractions, people try to fend off waves of mutated animals. The player assumes the role of Artem – a young man who tries to prevent a looming war between the survivors from happening. The gameplay combines elements of a dynamic, first-person shooter and a stealth game. When compared to the first installment, Metro: Last Light offers bigger locations and introduces an improved enemy AI. The game features high-quality graphics, as the developer's proprietary technology, the 4A Engine, has also been updated. 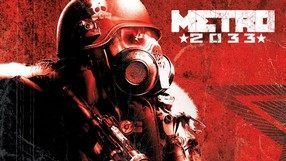 A post-apocalyptic first-person shooter featuring RPG and survival horror elements, based on the bestselling book written by Dmitry Glukhovsky. It was the first game developed by 4A Games, a studio that consists of developers working previously on the S.T.A.L.K.E.R. series. The plot of the game takes place after a nuclear catastrophe that wiped out almost all life on Earth and made the natural environment irradiated and uninhabitable. The only survivors have formed a society, consisting of barely a few thousands of people, living hidden in the tunnels of the Moscow metro. The player assumes the role one of the young inhabitants of the tunnels – Artem, who must get to the central part of the tunnel system and inform other humans of a threat posed by the attacks of mutated monsters. During his journey Artem will face many dangers using a large array of weapons. The game us to choose our preferred combat style – direct confrontation or stealth attacks.