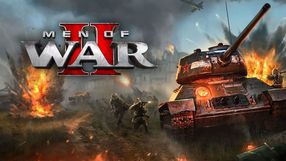 A war-themed real-time strategy that is a remake of the original Men of War from 2009. Both titles were developed by Digitalmindsoft and Best Way. Similarly to its predecessor, Assault Squad 2: Men of War Origins is a war game taking place during WWII. Instead of classic base-building or gathering resources, the whole attention has been focused on tactical aspects and commanding units. The player has a large amount of moves at their disposal – he can order his soldiers to crawl, take over enemy vehicles or aim at their specific parts, or even take control of an individual soldier, like in an action game. Assault Squad 2: Men of War Origins includes three single player campaigns: one for each faction: Soviet Union, Germany, or the Allies, with the action taking place in Europe and North Africa. Multiplayer mode is also available. Assault Squad 2: Men of War Origins bases on an up-to-date version of GEM engine – offering DirectX 11 support, improved textures, models, and physics. 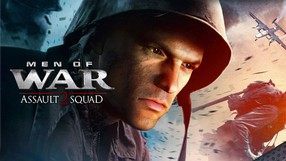 An official sequel to a standalone expansion to the popular Men of War series, launched in 2007 by Best Way studio – previously known for such titles as Faces of War or Soldiers: Heroes of World War II. The game lets you pick one of five available nations that were taking part in World War II and lead them to battle on the front lines of Europe, North Africa, and Far East. Players can take part in various scenarios that require employing different tactics, from covert sniping missions, to tank battles. Some of them are redesigned missions from the previous installment in the series. The game is powered by a modified version of the predecessor’s engine, achieving much better visual quality. The authors also improved AI of computer opponents and provided an extensive multiplayer that allows for competition of two teams of four players. 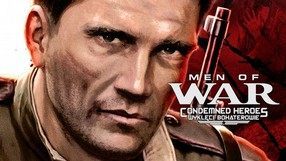 A new installment in the series of real time strategies developed by an dedicated studio of 1C – SoftClub. Men of War: Condemned Heroes tells the story based on one of the more infamous episodes of World War II – the Soviet penal battalions. Such units were formed from convicts and “politically incorrect” soldiers, and were sent to perform the most futile and hopeless tasks. The game offers four campaigns (in all, 15 scenarios) spanning across 3 years, from 1942 to 1945. Our unit takes part in events such as battles for the area of Volyn, Operation Bagration, and East Pomerania Offensive. The gameplay itself is characterized by its immense difficulty – during each mission, we are left with a small infantry unit, thrown against an opponent superior in strength and numbers. Condemned Heroes doesn’t introduce new units or offer any changes to the series’ mechanics, yet the game received graphical updates, including more detailed models and uniforms. 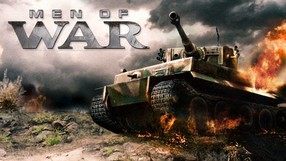 A real time strategy developed by the Ukrainian developer Best Way and the German team at Digitalmindsoft. The action of the game takes place during World War II, offering three story campaigns enabling us to see the conflict from three sides: German, Soviet, and Allied, while the main emphasis is put on the Soviet campaign, telling a story of two Russian students that enrolled in the army. The ferocious battles led to the creation of a powerful bond linking both heroes. In Men of War, the player receives access to over 50 types of units, deployed around the battlefields in Greece, Northern Africa, Germany, as well as Italy and Ukraine. Completing all three campaigns unlocks additional five missions. Moreover, the game received major upgrades to multiplayer mode – a new nation, Japan, as well as new multiplayer modes in the form of capture the flag and high-value cargo, while our actions are constantly registered by a system of grades and statistics. Men of War is characteristic for its detailed graphics and high-quality sound effects.

A sequel to Soldiers: Heroes of World War II, a well-received real-time strategy game released in 2004. Faces of War was developed by Best Way, the creators of the game's predecessor, and the production doesn't differ much in terms of gameplay mechanics. Faces of War features campaigns (one for each country: US, United Kingdom, Soviet Union and Third Reich), each of them involving an array of varied tasks. You get a specific number of troops, which you can issue orders to. The new elements are the extra soldiers, weapons, and vehicles, as well as a more advanced AI — your soldiers do quite well on the battlefield, even when you're not directly controlling them. The visuals, interface, and sound have also been improved. Faces of War features a single player mode and a multiplayer mode for up to sixteen participants.

A real-time strategy game developed by Best Way. The action of the game takes place in the World War II Europe, while the player assumes the role of a commander of a group of soldiers. Our job is to get through 25 varied missions, in which we control infantry and as mechanized units. The game is characteristic for its original mechanic that enables the player to take direct control over a given unit – a well-aimed shot can disable a tank by tearing its tracks, while soldiers can be hurt or killed through efficient aiming. Soldiers: Heroes of World War II also employs advanced AI modules (the soldiers can scour the area, or encircle the enemy), and detailed 3D graphics, as well as destructible environments.