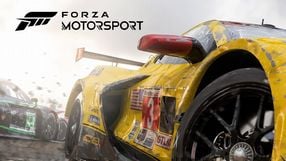 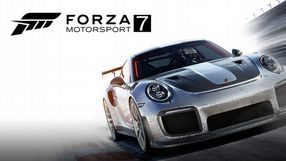 Another installment in the best-selling racing game series developed by Turn 10 in cooperation with Microsoft. In Forza Motorsport 7, the players can participate in races taking place on over 30 different tracks, while driving one of the 700 available licensed cars. All of the vehicles can be modified in terms of their performance and appearance. The driving physics implemented herein are neatly balanced between a simulation and arcade racing and should suit both racing veterans and beginners, who can use a number of available facilitations. Forza Motorsport 7 is one of the first games ever to exploit the full potential of Xbox One X, allowing the players to experience the 4K resolution at stable 60 frames per second. Apart from the free-to-play spinoff - Forza Motorsport 6: Apex - the seventh full-fledged installment is also the first in the series’ history to be released not only on consoles but also on PC. Windows 10. 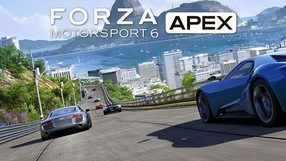 A free-to-play spin-off installment to the bestselling racing game series known from the subsequent generations of the Xbox console. It was developed by Turn 10 Studios with PC users in mind. The gameplay of Forza Motorsport 6: Apex does not differ significantly from other full-fledged installments in the series and emphasizes simulation aspects (while still offering a number of gameplay facilities). Compared to the full-price console version, the title is significantly poorer content-wise. The game features only slightly more than 60 cars (compared to the 450 models available in the original) and 20 tracks in six locations based on actual racing circuits. The basic game mode, Showcase Tour, allows us to take part in 12 automobile events commented on by the former hosts of the highly-popular Top Gear television series. 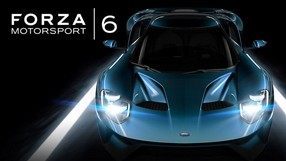 The sixth installment in a best-selling racing game series, originated by Turn 10 Studios in 2005, available exclusively on Microsoft consoles. In comparison with the previous game, this one features more than twice the number of licensed car models – namely 450 – which you can drive on 26 tracks scattered all around the world, including such legendary circuits as Le Mans and Daytona. The developers did not forget about car customization. Traditionally, the title offers a realistic driving model, which can also be adjusted to suit the needs of less experienced players. Apart from the standard career mode, an array of multiplayer modes was prepared, where up to 24 players can compete at the same time. Unlike its predecessor, the game pushes the Xbox One console to its limits, achieving 1080p resolution at 60 frames per second. 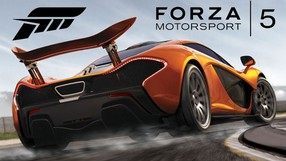 The fifth installment of the popular series of car racing simulators. The title was developed by studio Turn 10 which belongs to Microsoft. Similarly as the previous entries in the series, Forza Motorsport 5 allows the players to try themselves as drivers of super fast cars. There are more than 200 precisely modeled vehicles available in the game and one can use them to drive on 15 famous tracks, including Spa, Bathurst, Yas Marina and Circuit de la Sarthe. The game has a realistic driving model and control system that uses Kinect technology. What’s interesting, the developers cooperated with the team from the Top Gear TV series. It resulted in the commentary by Jeremy Clarkson, Richard Hammond and James May being featured in the game. 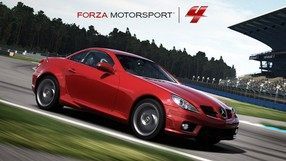 Another installment of the popular racing simulation game series launched in 2005 and developed by Turn 10 Studios in cooperation with Microsoft. Forza Motorsport 4 introduces numerous novelties in terms of gameplay mechanics as well as technical aspects. The game features over 500 faithfully recreated cars that we can drive on 26 varied speedways at different times of the day for the first time in the history of the series. The career mode was enriched with the so-called World Tour which is a series of tournaments that takes place all around the world. The tuning and the social options (e.g. forming clubs) known from the title’s predecessor were also expanded. One of the primary novelties is the Autovista module, which utilizes the capabilities of Kinect—it allows us to examine the body as well as the interior and compartments of the selected car’s engine. The aforementioned features are complemented by a new version of the matchmaking system that searches for competitors online. 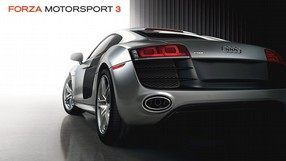 The third installment of the popular racing games series exclusive to Microsoft platforms. In Forza Motorsport 3, the team at Turn 10 Studios decided to use tried solutions and introduce a myriad of enhancements and fixes. The game is focused on simulation, although beginners can enable a number of facilities. The fans of motoring can drive over 400 licensed vehicles from twenty manufacturers, including those from Forza Motorsport 2 as well as completely new ones. The most important novelties introduced in the game are, first and foremost, expanded tuning possibilities, enhanced artificial intelligence, a new camera mode set inside the car, improved editor, and rich social options. The title is powered by a new graphics engine which translates into slightly better visuals.

The sequel to the critically acclaimed racing game released by Turn 10 for Xbox in 2005. Similarly to its predecessor, Forza Motorsport 2 puts a great emphasis on simulation aspects and rich car customization options. This time around, the players are given over 300 licenses and faithfully recreated vehicles at their disposal. They can also be damaged, both visually and mechanically. The game also offers lots of tuning options, such as the possibility of replacing the engine, installing a turbo, changing breaks configuration, etc. As far as tracks are concerned, the developers designed about 60 locations in 18 different environments. The title offers completely fictional speedways as well as those based on actual places (e.g. Laguna Seca or Silverstone). Thanks to significantly higher technical capabilities of Xbox 360, the graphics were greatly improved and adapted to the HDTV standards.

A racing simulator developed by Microsoft’s internal studio - Turn 10. Serving as a response to a competing franchise - the popular Gran Turismo series, Forza Motorsport offers an impressive number of 200+ licensed car models from several manufacturers, divided into a number of classes and sub-classes. Each available car can be profoundly tuned – not only visually, but also mechanically. Effects of customization and damage to the cars are depicted during races due to a special system that calculates the performance of the car in real-time. Competitions take place on multiple and diverse tracks, among them both fictional street circuits as well as real tracks from all around the world. Apart from the career mode, the game features an online mode.