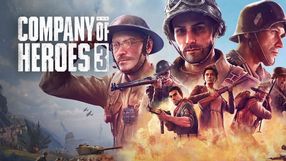 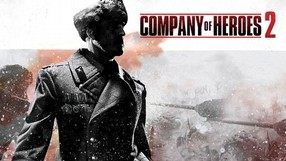 Second part of the highly successful military real-time strategy. Title was developed by Relic Entertainment and released by the SEGA company. Action of Company of Heroes 2 is once again set in the time of World War II. This time, however, players have the opportunity to take part in the events that took place on the Eastern Front. The main single player campaign focuses on commanding the Red Army, while in multiplayer, forces of the Third Reich are also available. Mechanics are based on solutions known from Company of Heroes, but the developers also decided to add new features, including a completely redesigned cover system and atmospheric conditions that affect units' mobility. Game was built on a new graphics engine Essence 3.0, which resulted in impressive visuals. 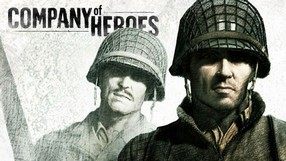 A real-time strategy set during the World War II. The game was developed by the Canadian studio, Relic Entertainment, famous for the Homeworld series and Warhammer 40.000: Dawn of War. The game focuses on the American armies struggling against the enemy in Western Europe. It begins with the D-Day, the legendary allied landing in Normandy. The single-player campaign is very cinematic. When it comes to the multiplayer, it can support up to eight players. Each of them has to pick a side - either the Allies, or the Axis. The game stands out thanks to the Essence Engine and the popular Havok technology accompanying it. Thus the game world makes a great impression - the environments are destructible to a large degree and the team the player commands can boast great AI - its members take advantage of their surroundings and respond very quickly to enemy actions.

An online version of a great real-time strategy, prepared by creators of such series as Homeworld or Dawn of War. The production resembles the original, but has been enriched with a number of network options and microtransactions. While playing, we play as one of the two armies and fight on different battlefields. Unfortunately, the title did not gain much popularity and was suspended.