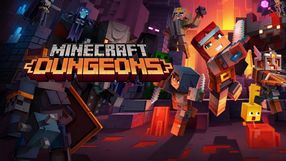 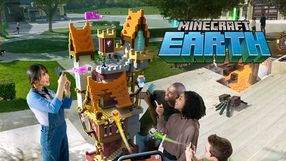 Created for Windows 10, a special edition of the successful sandbox game by Mojang AB. The general premise is the same as in Minecraft, but unlike the original game, based on the first java edition, this one draws from the mobile edition called Minecraft: Pocket Edition. Therefore, gameplay is not as extensive, and the game itself is not compatible with the original Minecraft. Minecraft: Windows 10 Edition features cross-play with the mobile version players, and additionally allows players to unlock Xbox Live achievements assigned to the their account. The players who bought the original java version, can receive this title for free.

A special edition of the world-famous game, Minecraft, aimed at providing educational values, created by Mojang AB and owned by Microsoft. Mechanically it does not differ from the original title. It still offers an open world waiting to be explored, where we can collect materials, create various tools and constructions – all of this being tinged with survival elements. Minecraft: Education Edition – previously known as MinecraftEdu – features a wide range of utilities for students and teachers, including improved maps with coordinates, an option allowing import/export of the worlds, expanded multiplayer, and options for saving students’ work, creating their virtual portfolios or personalized profiles etc. The game is available exclusively for educational and cultural institutions and requires a special license. 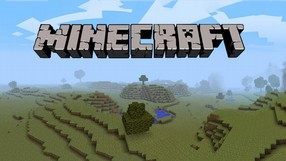 A sandbox game that defies classification, developed by the independent Mojang AB studio. Minecraft has been developed with the intention of unleashing the creativity of players, who can freely change the game's virtual world made from voxels (cubic blocks). The gameplay concentrates on terrain transformations, building structures, crafting items, and creating your own adventures. The game consists of two modes: a classic one, which allows for unending experience, and survival, in which we have to prepare to fend off monster assaults at night. In addition to single player, Minecraft also offers online multiplayer. The game from Mojang AB is distinguished by its unique retro visuals.

A mobile edition of Minecraft – the cult sandbox game from Swedish company Mojang AB, which spawned millions of fans worldwide over several years since its beta release, becoming a phenomenon of modern day pop-culture. Overall the gameplay mechanics featured in Minecraft: Pocket Edition are no different than in other versions. You are taken into a procedurally generated 3D world made of voxels, observed from first-person perspective, and do what you please – from exploration in search for resources through fending off monsters to building more or less advanced constructions out of small cubic blocks. In terms of content, the Pocket Edition initially lagged behind the original Mineraft, but as it received new updates it grew and grew, and now even offers elements unavailable anywhere else. The main differences that remain are: the controls, adjusted to mobile devices, and visuals, which seem to be smoother and more colorful in this edition.