Ni no Kuni: Wrath of the White Witch Remastered is a refreshed version of the popular Japanese RPG from PlayStation 3. Compared to the original, the authors have improved not only the graphics but also the gameplay. 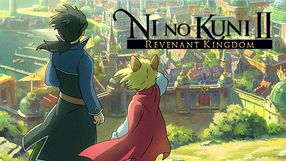 Ni no Kuni II: Revenant Kingdom is the next installment in the jRPG series developed by Level 5. Young king Evan Pettiwhisker Tildrum is the game's protagonist. After our hero was banished from his own kingdom, a fellow named Roland decides to help him get his throne back. Things got much more complicated when the city of Ding Dong Dell was faced with the danger that threatens the entire world. Our heroes have no other choice than to face it. Just like in the previous game, gameplay in Ni no Kuni II: Revenant Kingdom focuses on the exploration of the game's vast world, doing many various main and side quests, recruiting new team mates, and fighting with the encountered enemies. In combat, we can switch between our party members to use their individual abilities anytime we want to. Once again Higgledies play an important role in battles. They can draw our enemies' attention and aid us in battle by giving us powers to control various elements. A new system that allows us to create our own kingdom was introduced in Ni no Kuni II. The game features colorful visuals, visibly inspired by the Ghibli animated movies. 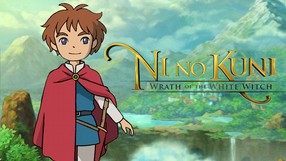