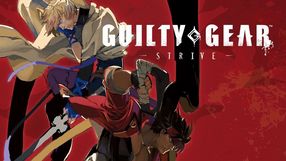 A two-dimensional fighting game developed by Japanese studio Arc System Works. The title is an upgraded and enriched version of Guilty Gear Xrd: Revelator. The action of the game takes place in year 2187, when a female warrior named Ramlethal, who leads creatures called Valentine, declares war against humanity. The campaign of the game consists of chapters focused on various characters and the cutscenes between the fights are similar to visual novels. The gameplay mechanics of Guilty Gear Xrd Rev 2 don’t differ much from the previous entry, but the game introduces some improvements. The expanded edition offers one returning and one new character: female samurai Baiken and the “business ninja” named Answer. All previously available characters received new techniques and smaller improvements that impact the gameplay balance. The game is available as a separate production and as a paid DLC for the original game. 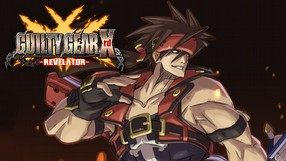 A Japanese fighting game from the popular Guilty Gear series, originally started in 1998. The game was co-developed by Arc System Works and Daisuke Ishiwatari who has not only directed the game’s development, but also composed the soundtrack for the title. Guilty Gear Xrd –Revelator- is an extended edition of Guilty Gear Xrd –SIGN-. The improvements change the game’s balance and fix some of the bugs. The game introduces new playable characters (now there are +20 heroes, including Sol Badguy, Johnny, Jack-O, Jam Kuradoberi, and Dizzy, to mention just a few) and new chapters to the single player campaign. The title follows the events of the previous installments – the story is developed by cut-scenes in-between battles. Guilty Gear Xrd –Revelator- features 1 vs. 1 fights, which are conducted in a classic 2D perspective, while the backgrounds and characters are created in full 3D. However, due to the cel shading technology, the game retains a comic book-like visual style. Apart from the single player campaign and single battles, players can play in arcade mode and different multiplayer modes.

After a few years of silence, here comes yet another installment in the popular fighting series Guilty Gear developed by Arc System Works. The game’s biggest feature is the use of Unreal Engine which supports 1080p, along with 3D backgrounds and 3D character models. The latter, implemented as a modified cel-shading style, strongly resembles original, two-dimensional sprites. Mechanically, not much has changed; it is still a classic fighting title with a dynamic and difficult-to-master combat system based on combos and special attacks (which drain a special bar). Each of the 17 warriors has a different style concerning both looks and moves. The campaign tells the stories of the heroes, but nothing stops you from enjoying only e.g. arcade or multiplayer battles.

Guilty Gear 2: Overture Studio Aksys Games is another part of the popular series. However, it breaks with its established standards - 2D graphics and duels.

Pocket edition of one of the most famous two-dimensional beats. We play one of the 20 available players and fight spectacular battles with enemy forces.

Another installment in the 2D fighting game for PlayStation and arcades, developed by Arc System Works. Guilty Gear Isuka allows you to participate in a grand fighting tournament, in which human martial arts masters and magical bio-warriors called “Gears” compete with each other. You can choose from 23 varied characters, including three brand new ones, each of them having distinct standard and combo attacks. There are also more game modes available, allowing for e.g. one-vs-one, two-vs-two and three-vs-three matches. Apart from that, the game also features a Factory option, in which you teach a robot named Robo-Ky II to use standard and combo attacks.

The next installment of Guilty Gear series, a series of two-dimensional beats popular among fans of this type of entertainment. There are 20 warriors and female warriors to compete. Guilty Gear X2 #Reload is the first online gameplay.

The next installment of one of the most famous two-dimensional fights. This time we can choose between twenty different warriors. Also noteworthy is the extended range of strokes, including special blows.

"Guilty Gear X" is a sequel to the 2D fight, which is mainly popular in Japan and was released on PlayStation - "Guilty Gear". 2D beats have this to each other, that they are usually characterized by greater dynamics than their three-dimensional counterparts.