Sniper: Ghost Warrior 3 for PC, PS4 and XONE is the third installment in the popular first-person shooter series dealing with snipers, launched and developed by the Polish CI Games. Contrary to its predecessors, most of the development process was carried out by an outside team of 60 people led by Steve Hart, who previously worked on such titles as Sniper Elite V2 (by Rebellion), and Paul Robinson, the co-creator of Killzone 2, Full Spectrum Warrior, Comanche, and Armored Fist, among other things.

The story takes place during the emergence of Cold War between Russia and the United States. Kremlin-supported separatists were ordered to destabilize the Georgia region, whose strategical importance was previously considered negligible. We assume the role of a retired USMC sniper, Jonathan North, whose task is the efficient and silent elimination of key targets, as well as a personal mission connected to his younger brother who disappeared in the aforementioned area. Parachuted behind enemy lines, the protagonist will have to decide whom to cooperate with, and whom to oppose.

In contrast with the previous installments in the series, Ghost Warrior 3 puts a much greater emphasis on freedom of action. In the game world, apart from the main storyline, there are tons of side quests available, and it is entirely up to us to decide their importance and when, if ever, we feel like undertaking them. While playing, we traverse vast wildland areas, negotiate with conflicted sides, and eliminate people who are key to the plot development. Traditionally, we employ a wide arsenal of faithfully recreated sniper rifles and cutting-edge military hardware, such as drones that can be used not only to scout ahead, but also to disarm land mines or hack cameras. At the same time, the gameplay features numerous survival elements. During some missions, we will have to use the crafting system to upgrade weapons, traps, or ammunition. In many cases, proper reconnaissance and setting an ambush or a sniper position in the right place will be just as important as accurate shoots.

The freedom of action allows us to eliminate our targets in many different ways. As befits a sniper game, the discrete methods are the most effective ones. According to the you cannot kill what you cannot see principle, the most profitable approach involves stealthily in sneaking behind our enemies back and eliminating our targets in a way that does not raise suspicion. Traditionally, one of the most important elements of the gameplay is the incredibly advanced recreation of bullet trajectories. The success of each shot depends on numerous factors, such as distance, wind speed, temperature, or even air humidity. Given the fact that the ammunition is difficult to obtain on enemy territory, every bullet is precious and must be fired minimizing the risk of failure. Furthermore, big maps allow us to drive vehicles in order to move faster.

Sniper: Ghost Warrior 3 for PC, PS4 and XONE is powered by the advanced CryEngine, which translates into significant improved graphics. Since the game is the first one in the series to be developed with the 8th-generation consoles in mind, the difference is especially noticeable in the console versions.

Sniper: Ghost Warrior 3 game guide includes a detailed description of storyline and origins of the main hero. All were described in great details. Your main abilities, gear, gadgets and the crafting system will be explained. 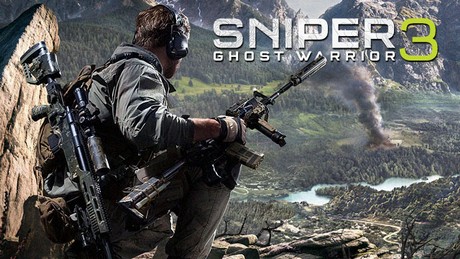 After a year of silence, the devs from CI Games have reminded us that the third part of Sniper: Ghost Warrior is on its way. The corridor shooter that the game used to be is finally becoming a sandbox with total freedom in the way we approach missions. 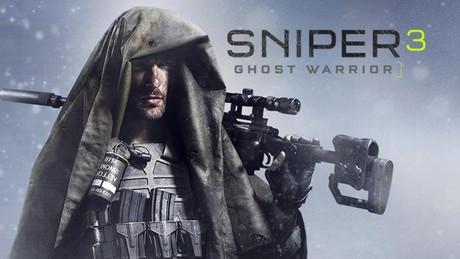 First Look at Sniper: Ghost Warrior 3  The Most Beautiful Sniper Game in History, But Is There More to It?

After last year's success of Sniper Elite III: Afrika, the Sniper: Ghost Warrior series is facing an extremely difficult challenge. We took a closer look at the third installment of this series in action.

CI Games has summarized its achievements in 2014. Despite Enemy Front becoming a "commercial failure", the success of Lords of the Fallen made Marek Tyminski, CEO of the company, pleased with the outcome.

The official website of Sniper: Ghost Warrior 3 has launched  CI Games published some information about the game and the first videos in the form of developers diary featuring gameplay bits.

Polish CI Games released an almost half an hour long gameplay from Sniper: Ghost Warrior 3. The video, shown for the first time during a closed press conference on this years E3, is accompanied by a sizable creator commentary from the games developers.

Here are the essential game news from E3 day 2 (June 13), revealed during Microsoft, Ubisoft, and Sony briefings and the PC Gaming Show.

Sniper: Ghost Warrior 3 has just received the first gameplay trailer. We also have some fresh info on the game's sandbox mechanics, progression system, and more.

Sniper: Ghost Warrior 3 is coming out a couple of months later, on April 4. The delay has been explained by the developers wanting to properly optimize the game.

Sniper: Ghost Warrior 3 is going to have an open beta, in which players will test two single player missions: military base infiltration and assassination of a key target.