Sniper: Ghost Warrior 3 will have an open beta exclusively on PC, starting on February 3, 2017. You can sign up for the testing period of the third installment in this popular first-person shooter series on the games official website. Since the main course in Sniper: Ghost Warrior 3 is the single player campaign, with multiplayer being just an addition, the beta is going to consist of two story missions. CI Games provided descriptions for the two via Steam News:

Cut Off: The Separatists control a large antenna array, which lets them use satellites to track enemy movements and communicate with distant outposts. Jon needs to infiltrate this compound and manually reposition the dishes to intercept the satellite signal. Gaining access to enemy communications would give Jon and his team a tactical advantage over the enemy, as well as possible intel on his brother, Robert.

Blockout: Jon's cooperation with the local resistance, the Rotki Lions, gave him the location of one of the targets from his most wanted list--a list containing the names of war criminals that Jon can neutralize to bring justice to the people of Georgia. The target is Ivan Krustchev. He's hiding out in an abandoned apartment complex, surrounded by his guards. How will you complete this mission? Will you use your sniper rifle from the opposite building, storm the outpost with your assault rifle, or sneak past the guards and quietly take out your target? 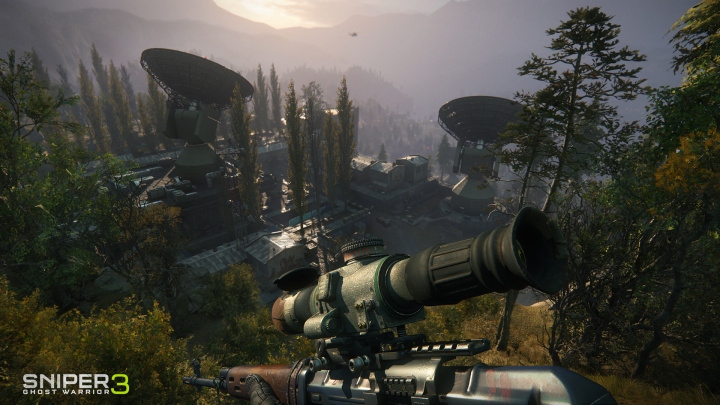 One of the missions available in the Sniper: Ghost Warrior 3 beta will have you infiltrate an enemy compound.

Sniper: Ghost Warrior 3 features a fictional conflict set in modern-day Georgia destabilized by Russia-supported separatists. You play as a retired USMC sniper, Jonathan North, who has to eliminate some key targets as well as find his brother who went missing in that region. The third installment in the series is promised to put more emphasis on freedom of action, offering tons of side quests besides the main storyline.

The game is slated for release on April 4, 2017  it is going to launch simultaneously on PC, Xbox One, and PlayStation 4.