Valhalla Hills for PC, PS4 and XONE is an economic strategy developed by studio Funatics - the authors of the Cultures series - and in many ways the game is the spiritual successor to this popular old franchise. In addition, the game's chief designer Thomas Hauser was also involved in the making of The Settlers II.

The game tells the story of a tribe of Vikings who have spent their lives pillaging and plundering Europe. Once they die, they venture to Asgard - the realm of gods; to their surprise they find the gates to Valhalla closed shut. It turns out that the reason for this state of affairs is a conflict between Odin and his son Leko, who miserably failed at becoming a proper deity. His upset father named him the god of the builders, and, along with the souls of the dead Vikings, banished him to Earth.

In the game the player assumes the role of Odin's banished son who must help his subjects return to Valhalla. We start the game at the bottom of a giant mountain and our aim is to open a portal through which the Vikings will go to the mystical land, after they overcome its guardians. First, however, it is necessary to ensure the survival of the Vikings, as the world around them is inhospitable and full of hazards. We need to provide them with food and warm clothes, as well as protect them from wild beasts and ghosts. In order to achieve this, we must complete a set of tasks prepared by the developers, create a functioning economy, and unlock more buildings.

In the game we dont give direct orders to our subjects. Instead, each Viking has his or her own AI module shaping their behavior. The player must influence his or her Vikings indirectly, by constructing certain buildings and creating incentives for specific activities.

Valhalla Hills for PC, PS4 and XONE is powered by the Unreal Engine 4 technology. Whats more, as the maps are randomly generated, there are new challenges awaiting us each time. 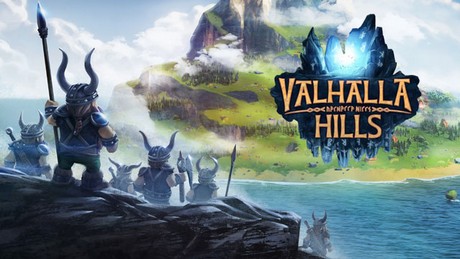 Valhalla Hills impressions  a spiritual successor to Settlers and Cultures

Fans of the classic Settlers or the very successful Cultures saga, beware  Valhalla Hills will take you on a nostalgic trip to the past!

Valhalla Hills is coming to Steam Early Access on 24 August. See a new gameplay video from this new economic strategy is based on Unreal Engine 4.