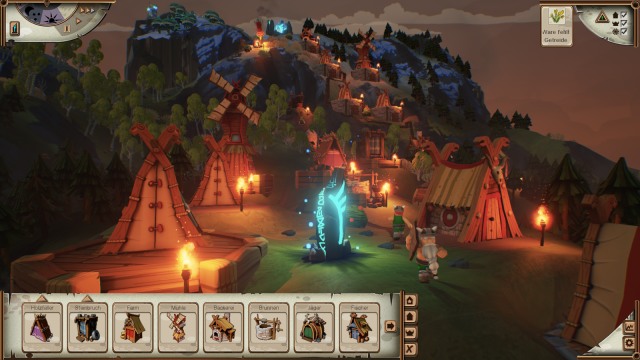 A new economic strategy from the creators of Cultures franchise, Valhalla Hills, is coming to Steam as an Early Access game on 24 August. Before its full release the title will only be available on Windows, with Mac and Linux versions coming later. The games publisher, Daedalic Entertainment, posted a new gameplay video, which you can watch below:

Vallhalla Hills is a combination of traditional economic strategies like The Settlers II and a god game. You play as Leko, son of Odin, a Norse god. After failing an exam for a god, Leko gets kicked out of Valhalla down to earth and becomes a god of the builders. From now on hist task is to prove his worth and help his people get their hard earned place on the legendary Hills of Valhalla.

Valhalla Hills is based on Unreal Engine 4. The game features procedurally generated maps, so one mission is never the same for everyone.