A side-episode of the flagship shooter series, transferring the well-known universe of the Halo series into the realities of a typical real-time strategy. Unlike the previous instalments in the series, this spin-off was developed by Ensemble Studios, known for their cult classic Age of Empires. Halo Wars is set before the events shown in the first Halo and focuses on the first great battle which took place on the planet Harvest between human forces and aliens known as Covenants. 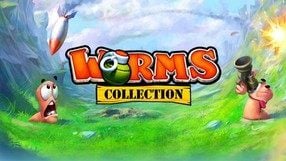 The third installment in the bestselling series of economic strategy games, this time also available on the Xbox 360 console. Although the series was handed to a different developer, the Bulgarian studio Haemimont Games, the foundations of the gameplay remained unchanged. In the game the player assumes the role of a leader of a small island nation and transforms it into either a democratic paradise or an oppressive dictatorship.

Official Command & Conquer 3 expansion produced in 2007 by the heirs of the original creators of the series from EA Los Angeles studio. The plot of the expansion focuses entirely on the actions of the Brotherhood of Nod and its charismatic leader Kane. Single player campaign was divided into 3 independent chapters, which action takes place over 20 years.

Universe at War: Earth Assault is a real-time strategy title created by Petroglyph studio, the people responsible for Star Wars: Empire at War.

Tom Clancy's EndWar, a game signed by the famous writer's name, is an RTS by Ubisoft Shanghai. The plot of Tom Clancy’s EndWar is set in the year 2020 and tells the story of a fictitional conflict between the USA, the EU, and Russia, which sprang from the competition for resources and dominance in space, as well as an attempt to topple the balance of power which had been established between the East and the West.

A successful adaptation of the popular board game, where the player plays the role of a colonizer settling a new unknown land. We set up settlements and cities and collect raw materials. The authors have prepared a long 12 mission campaign for a single player and a multiplayer mode for up to four people.