Prison Architect is an economic strategy game in which the players task is to manage a prison. The game was developed by an independent studio, Introversion, which has released such productions as Uplink, Darwinia, and Defcon.

The game is largely inspired by games like Theme Park, Dungeon Keeper and Dwarf Fortress. The players assume the role of the new prison warden. The game starts with designing the facility, then the task is to manage and develop it. Once the construction has been completed, the first inmates begin to appear, and it is the players responsibility to take care of their needs. It is necessary to feed them, provide them with access to showers, and enable to go to a prison yard. At the same time, it is essential to hire security guards to control the convict population. In addition, every prison needs power and electronic security systems. Every additional prisoner increases the amount the of money the is prison paid each month, but it also increases spending, therefore balancing the budget is of great importance.

Inmates have their own personalities and they decide what to do in the prison. Some prove to be disciplined and be keep out of the way, work in the kitchen, or work out at the gym. The others, however, tend to start fights which may result even in death of the guards and other inmates. Negligence of warden duties causes great unrest. In such cases, the guards often refuse to intervene, and the player will have to call heavily armed troops. Escape attempts also happen. The developers did not forget about introducing a system that allows the inmates to form gangs and organize contraband.

Despite the fact that Prison Architect has a humorous character, it&#8217;s hard to deny the simulation and economy aspects of the game. 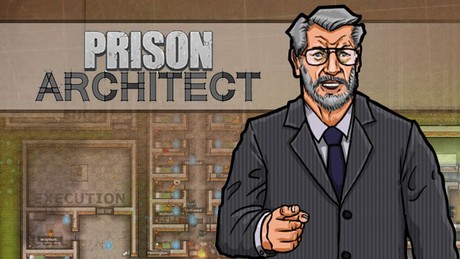 Prison Architect is not friendly to new users, requires patching of numerous errors, and provides a disappointing campaign but its key elements  construction and management  are amazingly executed.

Prison Architect version 1.0 is coming out in two weeks  on October 6. This next update is going to bring some new features to the popular prison manager.

Prison Architect is officially launching today on Steam. Day-one patch will expand the prison manager game by the Escape Mode, in which you switch roles and become an inmate in a high security jail trying to break free.