Toy Soldiers is a tower defense strategy developed by Signal's development team. The action of the game refers to military actions from the period of World War I, but the players control the actions of plastic soldiers fighting on battlefield mock-ups. The creators enriched the game with arcade elements.

Universe at War: Earth Assault is a real-time strategy title created by Petroglyph studio, the people responsible for Star Wars: Empire at War. 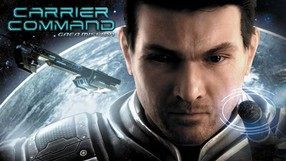 Carrier Command: Gaea Mission is a strategy set in the climate of a distant future. In the game we play the role of the commander of the title "aircraft carrier", carrying a lot of smaller vehicles, mostly for combat purposes. The essence of the game is therefore the fight - it is determined by the plot of the game.

Variation on the popular strategy game Tower Defense. This time, however, in 3D graphics, with eye-catching environments, spectacular explosions and graphic effects, and a dynamic and energetic soundtrack.

The first game from the Warlords series is considered by many to be the prototype of the currently popular 3DO Heroes. It is a turn-based strategy set in the realities of the fantasy world. The action takes place in a land called Illuria, where eight opponents, the title Lord of War, fight for total domination.

Portable console adaptation of a board game popular in the West, made by the Munich branch of Koch Media group.

Production combining a train for locomotives and wagons with a strong strategic thread. The title is a continuation of the series, the first edition of which was created as early as in the mid 1980s.

A real-time strategy in which we control the giant. We contribute to the development of the title kingdom, inhabited by nice creatures.