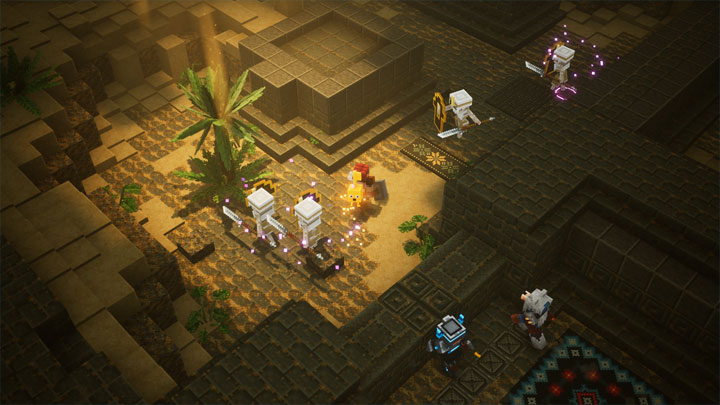 Minecraft: Dungeons is coming out next year.
MINECRAFT: DUNGEONS IN A NUTSHELL:

Youtube channel SeaPeeKay has published an interesting video that shows gameplay from Minecraft: Dungeons, the spin-off to Mojang's hit. The video offers more than twenty minutes of footage from the early version of the game. It was recorded during the on-going gamescom fair.

The gameplay shows the exploration of dungeons and the game's arcade combat system, enabling us to examine many types of weaponry and special abilities in action. All in all, gameplay gives a good idea of what the full version of the game will offer.

Minecraft: Dungeons is coming to PC, Xbox One, PlayStation 4 and Nintendo Switch. The game will also be available as part of the Xbox Game Pass service. The game's launch is scheduled for spring next year.

Minecraft: Dungeons looks very promising. People who had the opportunity to play the title claim that it will will appeal not only to Minecraft fans and will provide good fun both in cooperation mode and during solo game.