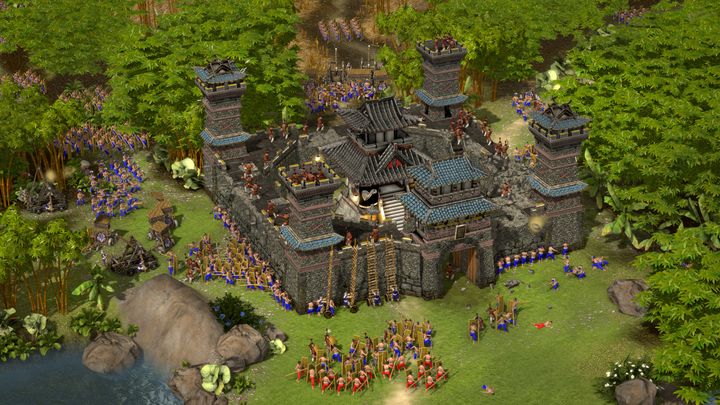 How's Strongolh in the Far East?

On the official channel of FireFly, a 30-minute video presenting a demo of Stronghold: Warlords appeared on YouTube, first shown on PAX East 2020. The footage shows one of the story missions from the Chinese campaign and focuses on the basic gameplay mechanics, such as castle expansion and combat. Additionally, new weapons can be seen on it.

The mission takes place in 238 BC in China and shows the conflict between Emperor Qin Shi Huang and the rebellious warrior Lao Ai. The main objective of the mission is to destroy the rebel castle. The video shows how a new settlement is being built and what aspects of its operation need to be taken care of. As in the previous installments of the series, food must be provided for the inhabitants. There are also new processing lines based on tea and silk.

Stronghold: Warlords also implements many new units, among them Mongolian horse archers. In addition, firearms, such as the Hwacha rocket launcher, are to appear in the game later in the campaign.

Stronghold: Warlords will launch on PC this year. The story campaign is to lead us through the lands of Vietnam, China, Mongolia and Japan.