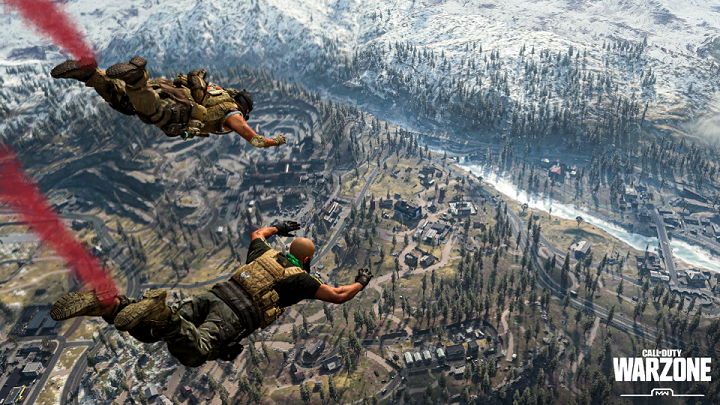 Do you play Call of Duty: Warzone?

Only a few days have passed since the release of Call of Duty: Warzone, a free battle royal game based on CoD: Modern Warfare, and the players have already discovered how to use the resurrection mechanics to win practically every match. In a nutshell, the thing involves two allies outside the district providing medical assistance to each other. In this way, when one of them was dying (thay must have had less life than his companion, however), the other resurrected him so that he could return the favor a moment later. The whole thing could be repeated endlessly, hiding in any place outside the circle. You can see an example in the video below.

However, the exploit was very quickly fixed by the developers. What's more, yesterday we also learned that beginning with the next major update, kills will be awarded to the player who finished off the opponent. However, if you want to keep track of the exact stats (yours and of the other players) in Warzone, the appropriate Tracker Network subpage has already been launched, thanks to which you can do it without any problems.

Call of Duty: Warzone is available on PCs, PlayStation 4 and Xbox One. The game support cross-play between owners of different platforms. The title offers two game variants, which take place on the same map - Verdansk. The first one is a typical battle-royale, in which we fight for victory in three-person teams. In the Plunder mode we eliminate opponents and execute various contracts. The winner is the player who first manages to raise a million dollars. The money we collect is also used to purchase equipment, improvements and accessories.