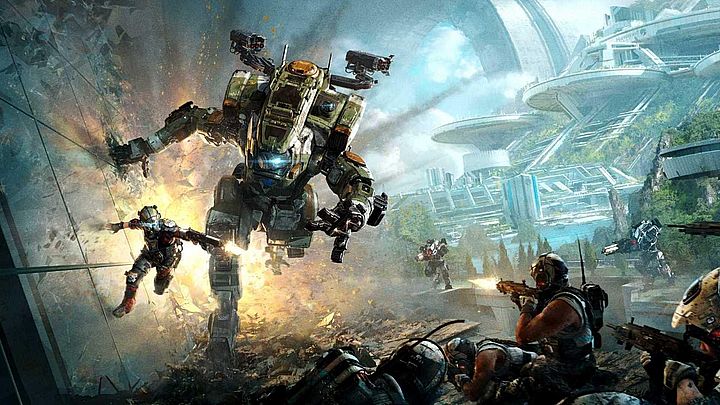 If you subscribe to PS Plus, you can try out Titanfall 2 for free.

At the end of November we found out what games will ba available for download for PlayStation Plus subscribers in December. One of the titles available on PS4 is Titanfall 2, FPS, well-received by gamers and reviewers, released on PC, Xbox One and PlayStation 4 in 2016. Although almost since its launch, the title was being written off (mainly due to ill-thought-out release date), it seems that its appearance in Sony's service has again attracted the players.

One of Reddit users, u/JuniperSniper, informed about the increase of interest in the game on PlayStation 4. He also added a photo of a logged-in player counter that showed the number of 68037. As the user noticed, the appearance of the title in PlayStation Plus caused the number of active players to rise from 1,500 (at best) to almost 70,000. This is great news for devs and player community, and hopefully this result will last as long as possible. So far, the number is still growing and it is possible that a record will be set soon.

Titanfall 2 comes back from the dead with PS Plus. Source: u/JuniperSniper.

Let us remind that Titanfall 2, in contrast to the first installment of the series, offers a full-fledged story campaign which, according to the reviewers, is really good. The game was also praised for the well-designed Titan movement system and the ability to adjust it to one's own preferences. That's why there's nothing left but to sit in the cockpit of a powerful mech and give this game a chance, joining the group of active users that the title deserves.