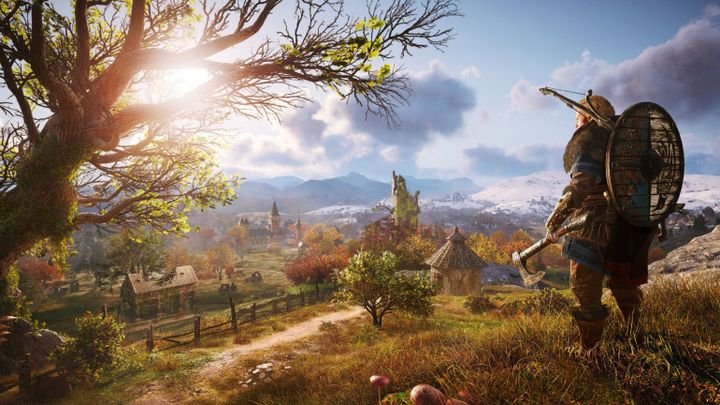 In AC: Valhalla we can easily change the gender of Eivor?

Yesterday, during the Ubisoft Forward presentation, we've seen a 30-minute gameplay from Assassin's Creed: Valhalla prepared by the devs. Additionally, journalists had a chance to play the game, which brought us additional information about the upcoming title of the French company. It shows that in the demo prepared for press representatives there was an option to use the Animus. Thanks to this option it was possible to change the gender of the main character during the adventure. Please note that this option may not appear in the full version of the title.

It is worth remembering that option of switching between characters appeared in the Assassin's Creed series earlier. In Syndicate we could play as either Jacob or Evie. In that case, they were siblings, who had different abilities, not two versions of the same person, as in the case of Valhalla.

Assassin's Creed: Valhalla is coming to PCs, Google Stadia, PlayStation 4 and Xbox One on November 17, this year. The title will also launch on PlayStation 5 and Xbox Series X on a later date.