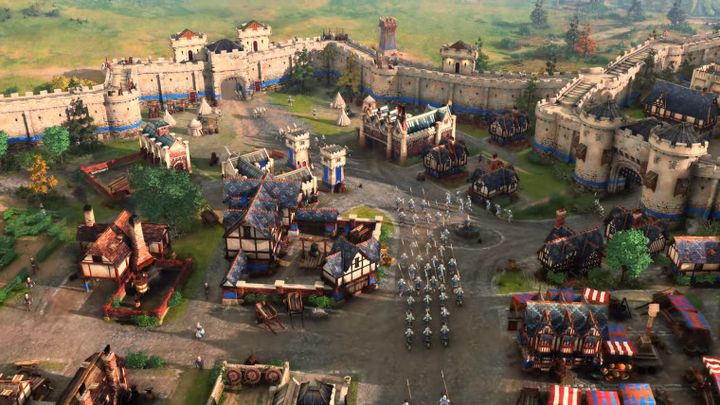 Age of Empires 4 may get expansions, but there will be no microtransactions.

The creative director of the recently shown fourth installment of the Age of Empires series - Adam Isgreen from Microsoft's World's Edge studio - announced that the latest work co-created by his company (the game is being created simultaneously in Relic Entertainment and World's Edge) will feature no microtransaction system. There will be no strangely named currencies or item stores. According to PCGamesNl, the developer believes that such solutions do not fit the RTS genre.

The idea of microtransactions in a real-time strategy game isnt a thing. DLC, expansions  all of that is things that were going to be exploring for Age 4," said Adam Isgreen in an interview given during the X019 event in London.

At the moment it is not clear what kind of new content we will receive - a lot will depend on the position of the community.

While we definitely already have ideas in terms of where we want to go past Age 4, in terms of expansions and stuff, a lot of that is going to be driven by the community and the players, where they want to see the game going, said the developer.

Interestingly, the devs are also considering the preparation of expansion to the previous installments, including the last week's remastered version of AoE 2 - Age of Empires II: Definitive Edition and the planned, refreshed edition of the third part. Also in this case, the opinion of the fans of the series will be crucial.

But we want to have those conversations with the community, to figure out what we can add. What are the things they want to see in the game? Things like game modes," said Isgreen.

We would like to remind that Age of Empires IV is on its way to PC and there is no release date set yet. Recently we have received the first gameplay and a number of additional information about this title.

Call of Duty: Modern Warfare Will Get Battle Royale Mode