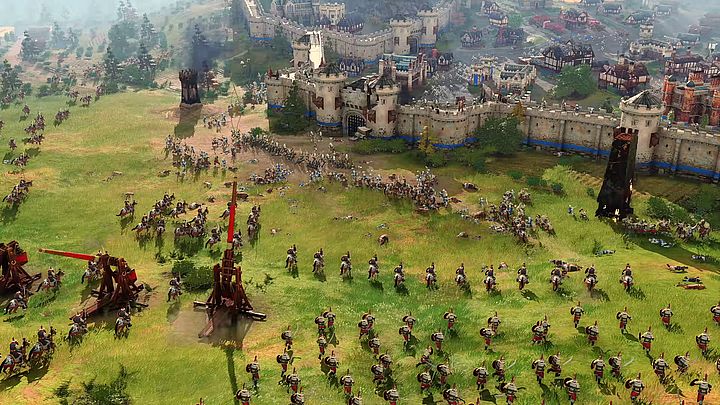 Are you waiting for the new installment of Age of Empires?

The fact that the fans of strategy games will see the fourth part of the Age of Empires series has been known for over two years. Players could see the first gameplay fragments at the X019 event, where a trailer of the game was presented. So far we haven't had much information about the title. Fortunately, it's starting to change slowly. We know that Age of Empires IV will once again take us to the Middle Ages, which naturally evokes associations with the iconic second installment. However, the same historical period will not mean the same experience when playing.

Editorial staff of PCGamesN had the opportunity to talk to the creative director of the game, Adam Isgreen, who revealed some secrets of the game:

Our time period is the Middle Ages, but its slightly bigger  on both ends  than the time period from Age II. So we start a little bit earlier than Age IIs time and we go a little bit further, kind of bumping up against the early Renaissance. Were not going to give you specific dates, because then people would be like ohmygod the campaigns must be this if the dates are this, and were not talking about campaigns. Id love to, and I could, but Im not allowed to.

Admittedly, it sounds interesting, although looking at Age of Empires II, we may conclude that it will not be easy to find a way to "stretch" the Middle Ages. In AoE II we were to some extent able to enter the early renaissance (gunpowder, banking, guilds and chemistry have appeared in the game). It seems more likely that in the fourth part we will see, for example, the beginning of the fall of the Western Roman Empire.

Adam Isgreen also revealed some information about the resources. It turns out that the new installment will be largely based on the model known from the second part. Players will have at their disposal four resources used by all civilizations. So what will be the difference between them? Well, apparently they're all gonna use them in a different way. Sounds enigmatic, but interesting. Especially since the creator adds:

We love the idea of moving through ages, and weve actually taken it even further in this game. Not in terms of the number of ages, although there are civilisations that dont necessarily play by the four-age rule, I will say that. But there are also new aspects to ageing up from a presentation point of view that no one has ever seen in an RTS game before.

The above video enables us to learn a little bit about the technological aspects of the title. Age of Empires IV is designed with 4K resolution in mind. This means that we should expect really good graphics. Artificial intelligence is to be "less artificial" and more humanly responsive to the behaviour of players. All this sounds interesting and probably makes the fans even more exciting to play the game. This does not change the fact that despite the presentation and beautiful words, we still do not know the game's release date. Let us hope that the waiting time will not extend as far as the historical period in AoE IV....