The Mid-Season Invitational 2022 esports tournament is about to begin in League of Legends. As a result, fans of the online competition are typing their favorites. This time a special algorithm is helping to determine the winning team.

It worked once, so why not try again

As written in a post by one Reddit user, it took the team from Factor.gg about a year to make the algorithm. The mechanism was already tested earlier on the occasion of World Cup 2021, when it successfully predicted the knockout phase of the tournament.

This year the team decided to try their luck again, refining the algorithm and then publishing the prediction table on the aforementioned website. The current table looks like this: 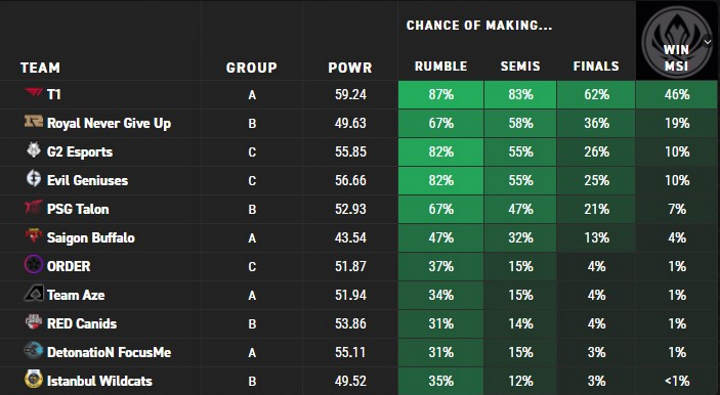 As you can see, the Korean team T1 has the best chance to win. Next in the table is the Chinese Royal Never Give Up. Interestingly, the difference between T1 and RNG reaches almost 30%, which shows the good shape of the Korean team.

Europe's G2 Esports is only in third place, having similar odds to Evil Geniuses from North America, located a spot below.

How does the algorithm work?

The code was dismantled into basic elements in an article on the aforementioned website, but the author of the post decided to dispel some basic doubts.

Obviously, the author could not share a detailed description of the mechanism, after all, know-how is not something that should be revealed easily. Still, based on the general information one can get the impression that the algorithm is quite complicated in terms of the data it analyzes.

How effective it will turn out in action, we will see during the MSI 2022 tournament, which starts on May 10. Schedule of the tournament is available in a special tab on the official website of LoL.

Classic PS Plus Game Test; Digital Foundry is Not Impressed