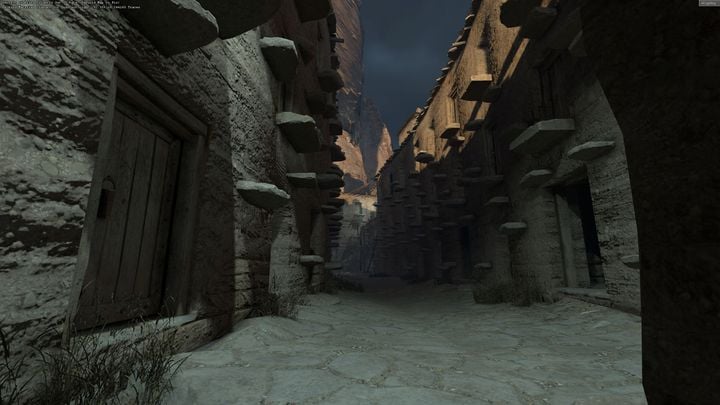 Is this how the Left 4 Dead 3 was supposed to look like? (Source: Imgur)

After the success of the first two installments of Left 4 Dead, the next part of the cycle was awaited with great anticipation. Despite rumors about its development, there was virtually no info about the production. Silence was broken by Tyler McViker, who, via Valve News Network, presents some information about Gabe Newell's company. Through his YouTube channel, he has published 29 screens from, allegedly, the early stages of the Left 4 Dead 3 development.

McViker had announced his intention to make these screens public on Twitter. Shortly afterwards, his official channel featured a film presenting 29 screens from Left 4 Dead 3. According to McViker, the renderings are from an early stage of production (2013 to be exact); the game was binned since. Some of the assets can be found in the map called Dust II from Counter-Strike: Global Offensive.

The screens show a Moroccan-style village located somewhere in the desert. It might indicate that the action of the game was to take place in Africa. It would be a big turning point in the history of the series. In the previous parts, we traveled through locations in the United States. Moving the game to another continent would change the environment in which the zombie hordes would be fought. McViker also said that the Left 4 Dead 3 was supposed to feature 8 playable characters - 4 new and 4 known from previous releases. Each of them was supposed to have its own strengths and weaknesses. You can see the whole video below. Additionally, all screens are available on Imgur.

Please note that this leak does not have to be a real. However, if these are actual screens from the canceled Left 4 Dead 3, this is the only way to see how the production would look if it were to see the light of day.