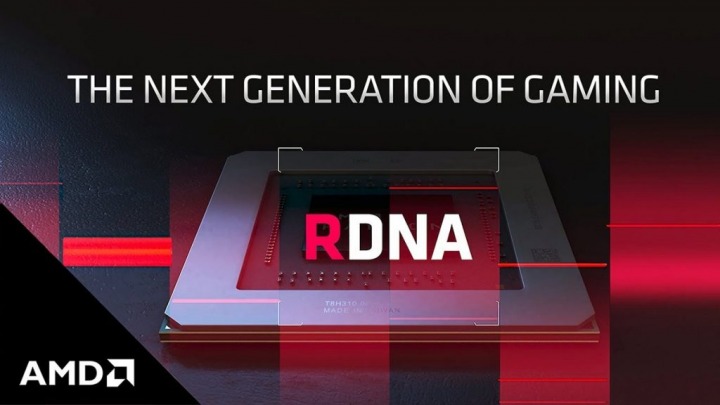 New GPU from AMD may be a pleasant surprise.

According to a post published by wm47196 on the Chinese Chiphell forum, CES 2020 (to be held in Las Vegas in early January) will become the place where and when the next generation of AMD graphics cards will be presented. The new GPU are to be based on RDNA 2 architecture and manufactured in an "optimized" 7 nm+ technological process. All indications are that AMD is trying to catch up to Nvidia's RTX and is implements hardware support for ray-tracing, which is supposed to leave the performance unaffected and maintain a stable number of FPSs in games. Additionally, the chipsets will be equipped with HBM2E VRAM instead of GDDR6, which should result in greater power efficiency compared to first-generation Navi products. The company may want to challenge its biggest rival, Nvidia, in the field of hardware for the biggest enthusiasts, currently dominated by the unrivalled GeForce RTX 20 Series.

The graphical strategy of technological development was also presented, which clearly shows that AMD want sto present the new Navi generation next year. It is worth mentioning, that Navi GPUs based on RDNA 2 are probably at an advanced stage of development, as their new architecture will be used in PlayStation 5 and Xbox Scarlett consoles. 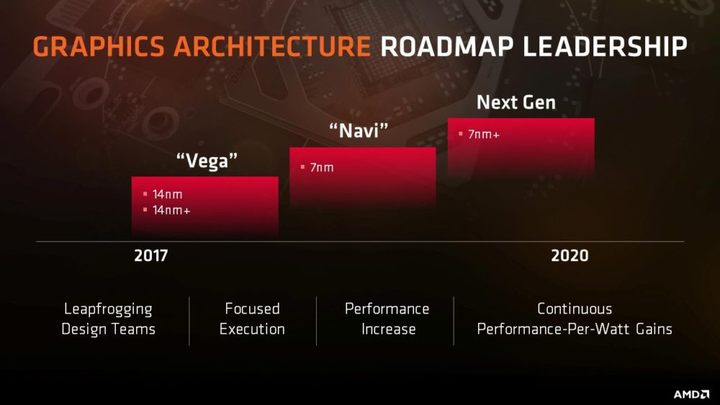 This is AMD's roadmap, a gradual plan for the implementation of new technologies.

There is a chance that much of this rumor will turn out to be true, as wjm47196 previously posted detailed information about other AMD products, including Radeon VII and RX 590. The price and actual release date of the mysterious GPU remains in the zone of speculation for now, but today we received the first look on the new graphics cards, which promises to be interesting. AMD didn't make any official comment on the leak.