American Truck Simulator is coming soon – the game will be released on PC on February 3rd, 2016. According to what the boss of SCS Software told us in an interview, initially, the enthusiasts of heavy trucks will be able to roam the roads of California. The next in line are Nevada and Arizona, which will become available some time after the launch. This information emerged among pre-order details in Polish game stores. Interestingly, the retail version available in Poland will grant access to both DLCs at no extra cost, whereas digital editions, despite being just marginally cheaper, offer only the Nevada DLC (probably as a pre-order bonus). We have no info whether a similar deal will be offered by Steam. 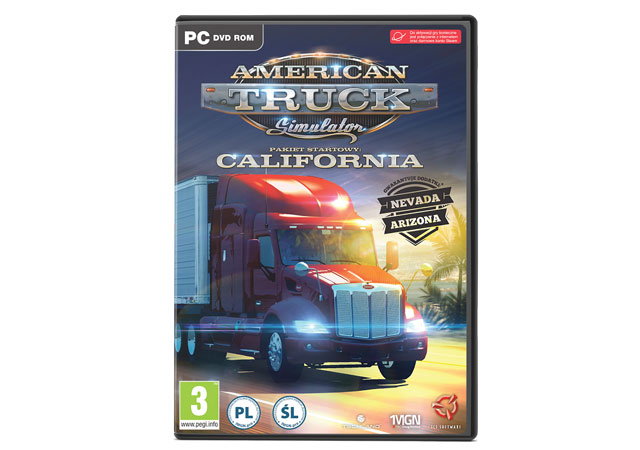 American Truck Simulator’s publisher is Polish company IMGN.PRO, which may explain the special treatment served to players from Poland. Nevertheless, as we said, we are not sure if other retailers will or will not have a similar offer.

Ultimately, the developers are planning to expand American Truck Simulator by all states of the USA. However, these will most surely be sold as separate DLCs.