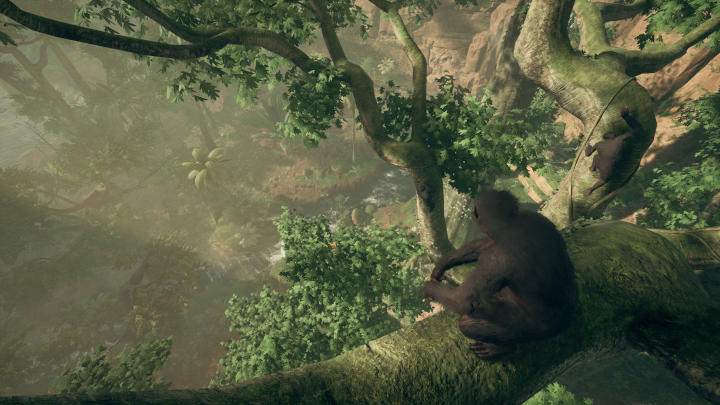 Ancestors: The Humankind Odyssey PC will be released in a week.

Epic Games Store posted the official hardware requirements of Ancestors: The Humankind Odyssey - an action adventure game with survival elements produced by Panache Digital Games, co-founded by Patrice Désilets (co-creator of, among others, the first three installments of the Assassin's Creed series).

In Ancestors: The Humankind Odyssey, the player takes on the role of a humananoid ape who, exploring an open world inspired by prehistoric Africa, acquires objects and skills necessary for survival and, in a broader perspective, for the evolution of its species. Every decision we make has a greater or lesser impact on how our clan will develop. The game encourages experimentation and does not impose the only right way to achieve the goal.

Ancestors: The Humankind Odyssey will be released on PC, PlayStation 4 and Xbox One. The title will debut on PC on August 27 and will be available only through Epic Games Store for the first year after its release. The production will hit consoles a little later - in December this year.