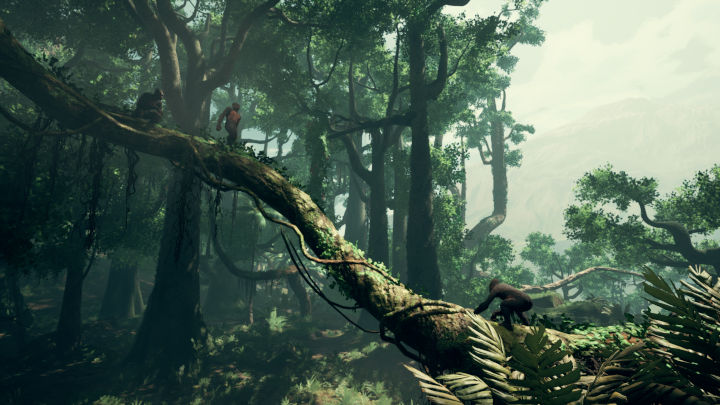 We first heard about the new game from the co-creator of Assassin's Creed series in 2014.
ANCESTORS: THE HUMANKIND ODYSSEY IN A NUTSHELL:

Take-Two Interactive, owner of Private Division and the publisher of Ancestors: The Humankind Odyssey, announced in its financial statements for the fiscal year 2019 that the first project of the Panache Digital Games, a studio established by Patrice Désilets and Jean-François Boivin, for one year after its release will be available on PC only through the Epic Games Store.

This is another title from Take-Two Interactive after The Outer Worlds and Borderlands 3, which will appear on Steam with a considerable delay. Interestingly, Strauss Zelnick, CEO of the company, assures that exclusivity agreements will not become a standard for publishers belonging to Take-Two (i.e. 2K Games, Private Division and Rockstar Games). The company still intends to actively support Steam, and Epic Games Store exclusive titles are expected to be rare and for a relatively short period.

Ancestors: The Humankind Odyssey is Panache Digital Games' first project. The team is led by Patrice Désilets, an experienced game developer with titles such as Prince of Persia: The Sands of Time, Assassin's Creed II, and Assassin's Creed: Brotherhood under his belt. Ancestors is a third-person action adventure game with elements of survival, in which we play the role of a hominid, and our task is to survive in a hostile environment and bring about a successful evolution of our species. The title will be released this year on PlayStation 4, Xbox One and Epic Games Store and a year later on Steam.