One of the most intriguing titles present at this year's E3 fair is Ancestors: The Humankind Odyssey. The production by Patrice Désilets, one of the creators of the Assassin's Creed series, and his Panache Digital Games studio, will take us to Africa, millions of years ago, where we will witness the evolution of the human race. The new gameplay published by IGN shows what we can expect from the title. You can see it below.

While watching this more than ten-minute fragment of the game, we can listen to an interview with Patrick Désilets. According to his words, the game will emphasize two aspects - survival and evolution, and slow climbing to the top of the food chain. We will decide for ourselves what abilities we want to develop in our characters. Depending on our choice, the game is to look a little different. Désilets stressed that he did not want the audience to feel that they had to play in a way that was strictly defined by the studio or the scientists. Ancestors: The Humankind Odyssey is supposed to arouse curiosity and encourage people to experiment with evolution, create their own style of coping with a dangerous world and explore their surroundings.

Why did the creators of Ancestors: The Humankind Odyssey decide to focus on prehistory? As Désilets revealed, the main reason was that it was easier for the small Panache Digital Games team to create vast African spaces than to digitally build Rome or Jerusalem. Besides, this period gives some interesting possibilities. We don't know exactly what happened during that period, so the creators could let their imagination run wild and add to the game, for example, giant centipede, with which you will have to deal with while playing. 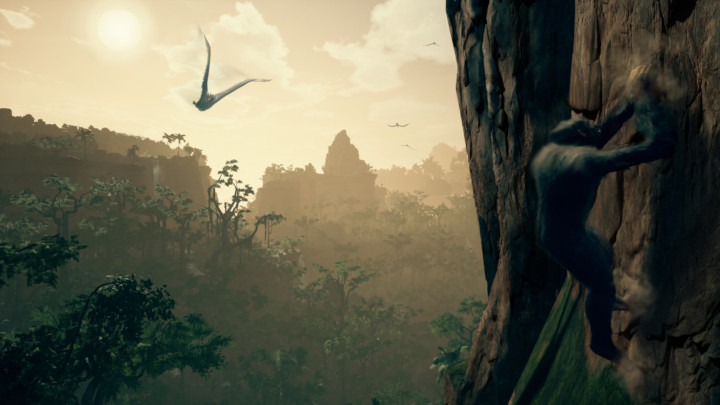 Launch of Ancestors: The Humankind Odyssey is getting closer.

Ancestors: The Humankind Odyssey will debut on PC (Epic Games Store) on August 27 this year. The title is also planned for PlayStation 4 and Xbox One. The release of console versions is scheduled for December.