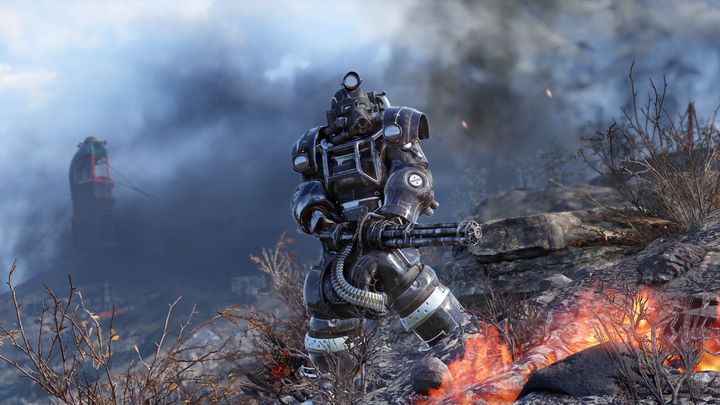 Fallout 76 is in trouble again.

It seems that Fallout 76 has received another patch, which broke more than it fixed, update 11, the main culprit of the whole affair, was released on Tuesday. The problems concern numerous elements of the game. For example, the patch introduced significant changes in the operation of the powered armor, which resulted in e.g. transferring pieces of armor from containers to the backpack, or vice versa. Some players report, however, that fragments of their "power armors" have simply... disappeared.

Another serious issue is the bug associated with drop rates of legendary objects. The update was supposed to eliminate the problems that sometimes occured, and everything points to the fact that the effect is exactly the opposite. One player kept killing legendary monsters for three hours and didn't get a single piece of this type of equipment. When his irritation reached its peak, he poured out his grievances in a rather direct post on Reddit.

There is also controversy over ideas aimed at making life easier for beginners. Bethesda has changed many of the rewards for tasks in the initial phase of the game so that they include items that are really useful, such as healing "stimpacks", instead of Atoms, the in-game currency. Although the idea may seem like a good one, some people think it is an attempt to make players spend extra money on Atoms.

According to PCGamer, some people who are still playing Bethesda's production have had enough and are begging developers to open a test server. Fans are ready to devote their own time to checking the updates to ensure that the patches that eventually end up on the main game servers are of a better quality than ever before.

Hey, dear Bethesda team, i know you create these wonderful bugfixes and other content patches and testing them on your own. But we, the community got a lot of time and we are more people with different builds and interests. We could find more bugs and other broken stuff in less time. Give us a chance to be a bigger part in this game and let us work togather and test these patches with you before it hits the live-servers. After every patch the community finds a lot of "broken" stuff in just a few minutes / hours. We could prevent those things," we read in a post on the official forum of the game.

Fallout 76 debuted on November 14, last year and was received rather coldly by industry media. The game is available on PCs, PlayStation 4 and Xbox One.