Overwatch, the online team hero shooter from Blizzard, could be checked many times for free. However, if for some reason someone hasn't done it yet or is still not sure if it's worth spending money on the title, now they have another opportunity to test it. A free week with the popular multiplayer game has started again on PC, PlayStation 4 and Xbox One (but not on Nintendo Switch). To participate, we must be signed in to the Battle.net platform, or access our Overwatch card at PlayStation Store or Microsoft Store and click on the appropriate button. Please note that if you are going to play on consoles, you will need a PlayStation Plus or Xbox Live Gold subscription.

What can you check out during the free Overwatch week? Everything the game currently has to offer: 31 heroes divided into three classes, each character with different skills, 28 maps and a range of gameplay modes. Nothing stands in the way of taking part in the special Charity Challenge, where until December 2, for winning matches and watching broadcasts of games, we can get unique cosmetic items such as graffiti or legendary skin for a heroine. More details about this event can be found here. 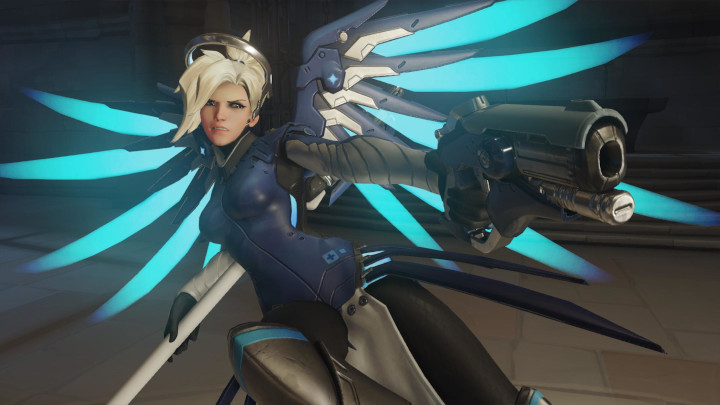 During the free week, we can, for example, take part in Mercy's challenge.

Simultaneously with the free week, a promotion on Overwatch is underway on Battle.net and in PlayStation Store and Microsoft Store. You can buy the standard edition of the PC version of the game for as little as $14.99, while the Legendary for $19.99. Please note that as usual, all the progress made during the free tests will be transferred to the full title release.

Next year, Overwatch will be celebrating its fourth birthday. The title is still regularly updated, for example with new maps or heroes. Currently, Blizzard is also working on the continuation of the title, which was officially announced at this year's edition of BlizzCon. It will share servers with its predecessor, which means that players in both parts will be able to compete against each other, also on new maps from the sequel. We have written more about it here and here.