We are only a week away from the release of Anthem. After the reveal of an impressive trailer, it's time to disclose detailed information about the date of the pre-load and server launch (via VG247).

When these words are written, owners of Xboxes One who have placed a preorder on Anthem at Microsoft store can already download the relevant files, taking about 37GB. EA Access subscribers must wait until Friday, February 15, when the ten-hour trial version will be available to them.

The same applies to PC users, where the game takes slightly more space, and amounts to 51 GB. Pre-order owners, same as Origin Access Premier subscribers, can start downloading the game now, and play the full version on February 15. At the same date, Origin Access Basic subscribers will have access to the aforementioned trial. 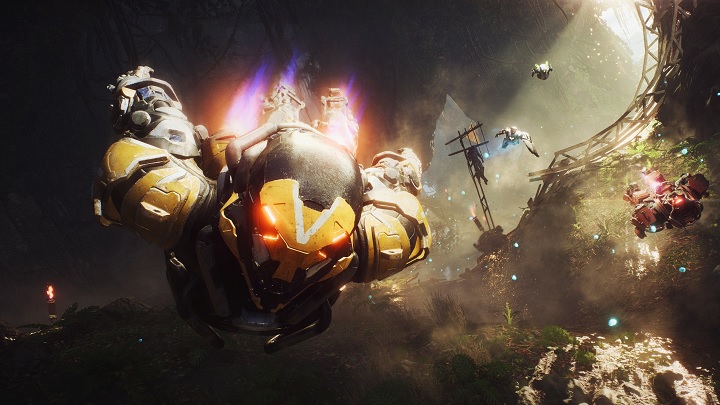 In a week's time, we'll see if BioWare can still deliver a top class product.

However, the PlayStation 4 version remains a speculation, as the official information has not yet been shared. According to the news discovered by the players, however, the pre-load on the Sony console will start as late as on February 20.

As far as the start of servers is concerned - for the purposes of the aforementioned "trial" they will be launched on 15 February at 7am PT. For the full version of the game the servers will go online on 9pm PT (February 21).

Let's remind that Anthem is coming to PC, PlayStation 4 and Xbox One.